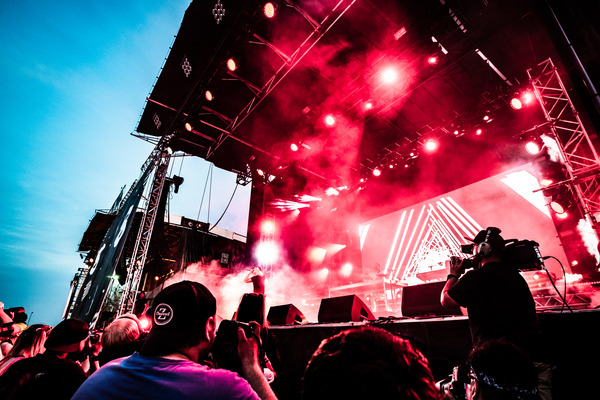 Hosted by Rhymesayers Entertainment, Soundset is the premier rap and hip-hop festival in Minnesota. Featuring live music, breakdancing, street art and skateboarding, Soundset is an all-day event that takes place on the Minnesota State Fairgrounds and averages 30,000 guests annually. With performances from over 50 artists across five stages, Soundset wanted to make their 11th year bigger and better than ever.

In order to provide legendary lighting for some of the most popular artists in the world, Soundset hired Slamhammer to help select a set of fixtures capable cutting through the sunlight, enduring through the rain, and creating dazzling lighting displays in the dark. Slamhammer assembled a world-class Martin lighting solution that allowed for quick deployment and versatile lighting options on both stages.

Soundset Festival celebrated their 11th with performers, crew and guests from all over the US and the world—including Australia, Brazil, Canada, Germany, India, Mexico, Norway, New Zealand, Philippines, Poland, Switzerland, Taiwan, United Kingdom, and more.

“Soundset had eight acts per stage with varying genres, and we had to work to satisfy everyone’s lighting needs,” said Peter Skujins, President and Owner of Slamhammer “Since most of the performances are during the daytime, we needed fixtures that could create sharp, visible beams in broad daylight—but we also needed a strong front wash for performances after sundown. There’s been a ton of excitement about the new Martin fixtures, so they were the obvious choice.”

“A lot of acts bring their own lighting designers so we needed a rig that could accommodate anything they might want to use,” said Marty Lesmeister, Lighting Department Manager at Slamhammer “All of the Martin fixtures we used went over really well with everyone. Even during the daytime those hybrid fixtures can create a beam that just cuts right through a small amount of haze—it barely takes anything to make them pop.”