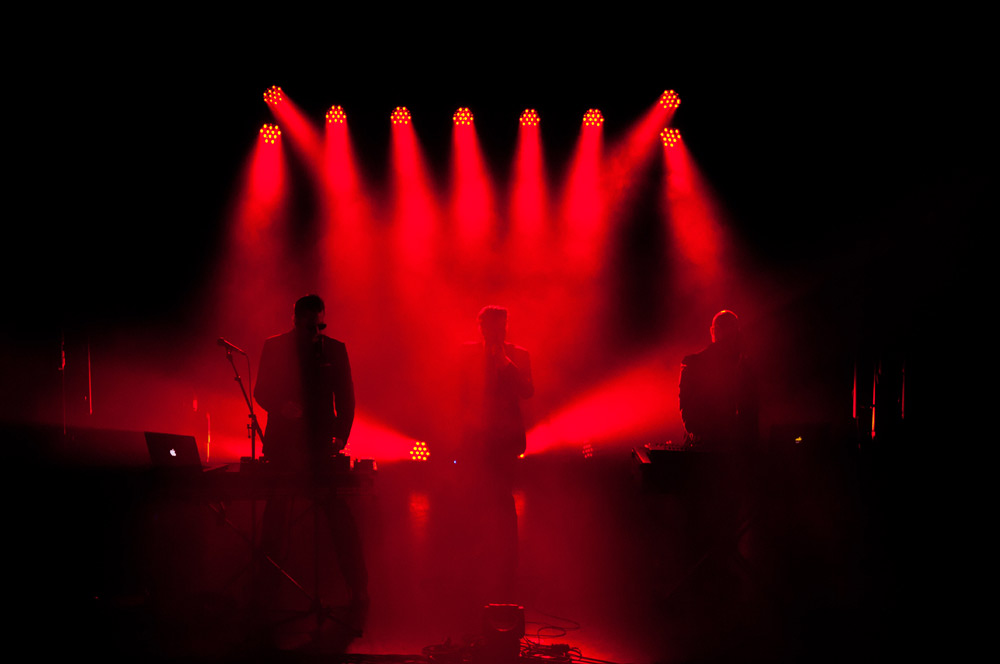 “When I started using them I was blown away by the light output they had and amazed by their physical size and weight,” Aue comments. “The low power consumption and the easy cabling due to PowerCon outlets were the final argument to bring them on a small club tour with a low budget and limited transport capabilities.”

Aue, who also serves as lighting op for part of the band’s “Modern Ruin” tour that has the band touring Europe throughout the year, is using 24 of the compact wash lights, which he transports in a single Sprinter van. Lighting supply is by Ambion GmbH.

“This is by far the smallest lamp I had on the tour when it comes to physical dimensions and it could easily keep up with all the other gear we had like huge spots and a creative LED wall,” Aue explains.

Aue had half of the MAC 101s integrated into a set piece of pipe and creative LED while the other half was placed on the floor. Three MAC 101s served as the entire front light used for the show.

“I planned to add some color but the 101s really brought themselves more into the look than I could have planned due to their brightness. I also like the fixture’s narrow beam. It fit my need for beam looks in this show perfectly. Designed as an experiment, it could not have gone any better,” he says.

Aue reports that both the band and management were more than happy with the result.

“Nobody would say the lamp was small anymore after they had seen what those fixtures are capable of! It was definitely the right choice for this purpose and I´m already generating more purposes for them for the near future. They were very reliable with no problems at all.”