The Princess Theatre Brings Mamma Mia! The Musical To Life with Martin By HARMAN 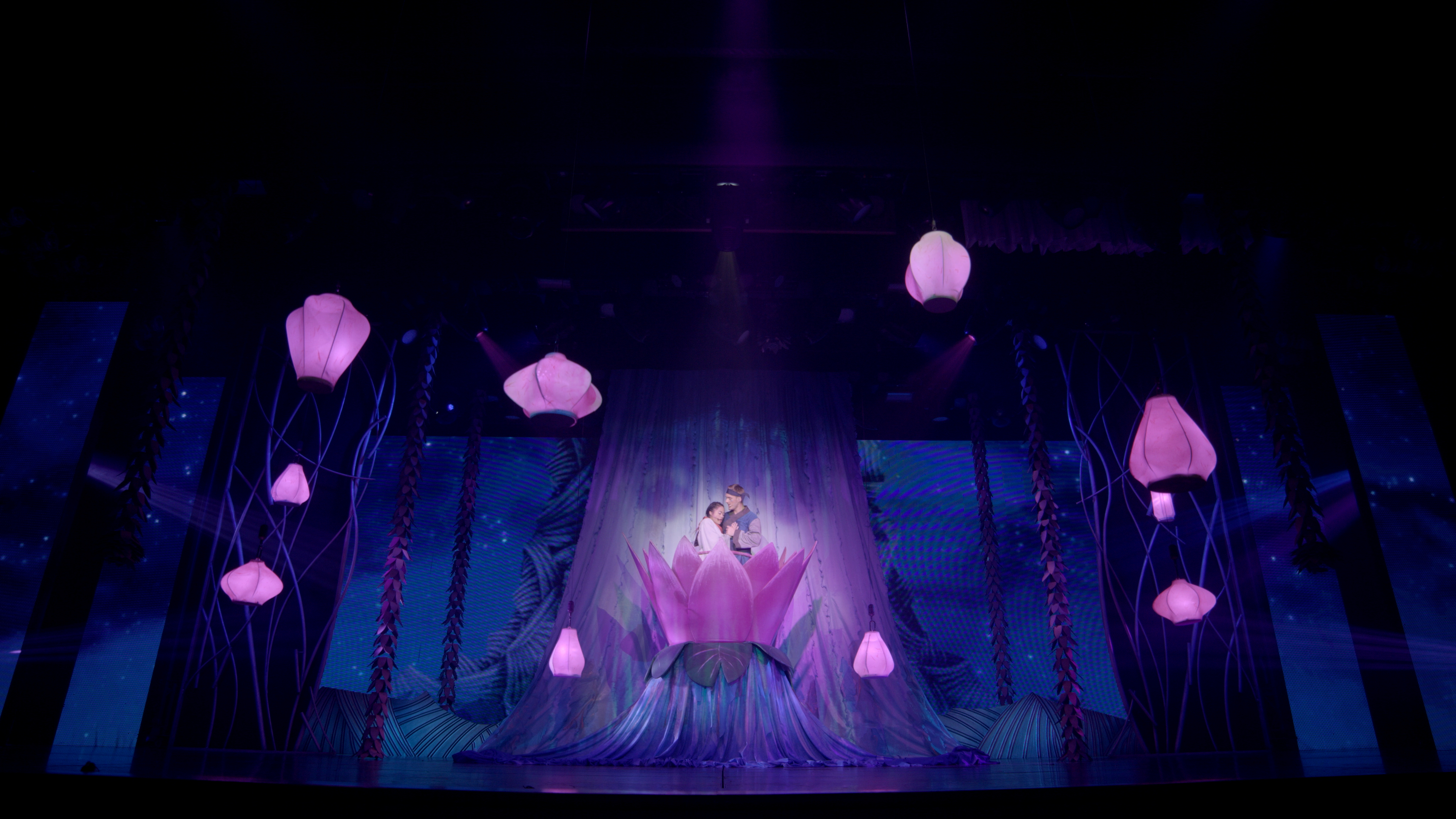 Based on a Japanese folk tale called “The Crane Wife," the lighting design for the production is particularly complex. The puppets, actors and scenery are in constant motion, and the lights must change rapidly to highlight or obscure different areas of the stage. Furthermore, space was limited due to the ship’s permanent lighting system, so the lighting package needed to deliver a wide range of looks in a compact footprint.

To meet these challenges, Easterling began looking for a compact and versatile LED fixture with fast shutter speeds. During pre-production, Derrin Brown, Manager of Production Services at Princess Cruises, recommended the new Martin MAC Encore Performance, a full-featured, LED moving head with an innovative light engine that generates pristine, full-spectrum light with ultra-high color rendition. As soon as he demoed the MAC Encore Performance, Easterling knew he had found the centerpiece of the lighting design for “The Secret Silk."

"The Encore Performance is a critical piece of technology for the production," Easterling said. "We use it to accomplish the different visual elements that define this show and set it apart from the other styles of shows that Princess has on its ships. In most of these productions, the lighting supports the energy, the ambiance, and adds the flavor to the musical numbers. In this show, the lighting has to go far beyond that."

The lighting package for the show includes eight MAC Encore Performance fixtures, including six onstage and two out front. Because of the complex choreography of the production, Easterling mounted the onstage lights on moving trolleys which travel around the stage throughout the show.

"I needed light from so many different weird angles, and there's so much scenery coming in and going off, and puppets, and people, and so forth, that we can't just put a fixture everywhere we need one," said Easterling. "So, the lights move on and off stage, and often travel like a train. They do their thing, and then they move offstage."

Another factor that attracted Easterling to the MAC Encore Performance is its precision optics system, including an ultra-fast 1:4 zoom, and four framing shutter blades with individual +/- 30° adjustment and entire system rotation of +/- 55° for high-precision cue repeats.

"We use those shutters for animation," Easterling said. "The artistic style of the show and the storytelling, a lot of it's like origami, and we're able to open shutters and move them in a way to make a light look almost as if it's folding or opening like a piece of origami. It's a great visual moment."

The climax of the show features a giant nine-headed monster puppet, painted with luminescent Wildfire paint, which appears to lurch out from the stage over the first few rows of the audience. The precision of the MAC Encore Performance makes it possible to light specific parts of the monster and helps make the effect particularly dramatic.

"You're not expecting this enormous viper head to come out of the fog and right out over you. It's an intimidating moment," Easterling said. "We're isolating it by using the Encore because it's a focusable fixture, and it allows us to really make the color pop."