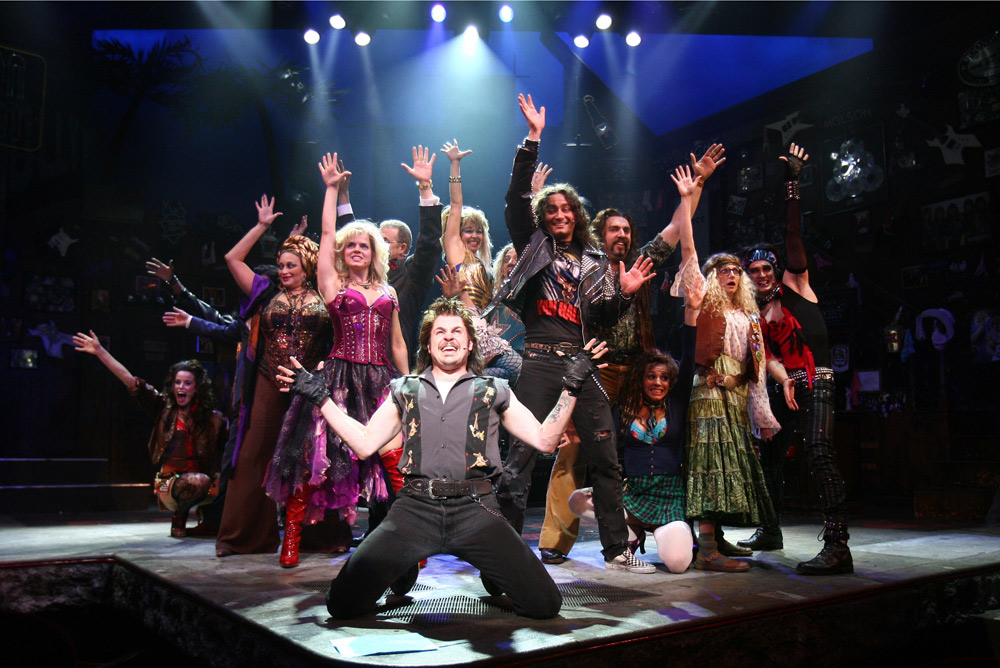 On Broadway with “Rock of Ages” and Martin MAC Luminaires

Playing at the Brooks Atkinson Theatre, one of the ideas of the show, says Lyons, was to have a flavor of 1980s rock lighting, “par can rock” as he calls it. He started by creating a configuration of MAC 2000 Washes that worked both theatrically and looked great in the air for the show’s big numbers.

“The 2K Washes are amazing and punchy and perfect for this kind of task,” he comments. “What we really needed was the ability to cut through the washes in a big way, both for punchy aerials and very powerful specials within full stage looks. The MAC III Profile fit the bill perfectly. Even with dense templates and saturated color, the MAC IIIs really stood out as a major part of the stage picture.”

Lyons took the wash layout and staggered the MAC IIIs throughout. “A major theme in the show is intersecting paths so I wanted to make sure we could do beautiful and bold crossing beams in as many ways as possible.”

Lyons used six MAC III Profiles to create a symmetrical pattern and placed one upstage center to help drive some of the big concert moments. “I was very impressed with the punch, the imaging and the smooth movement for such a large fixture,” he concluded.