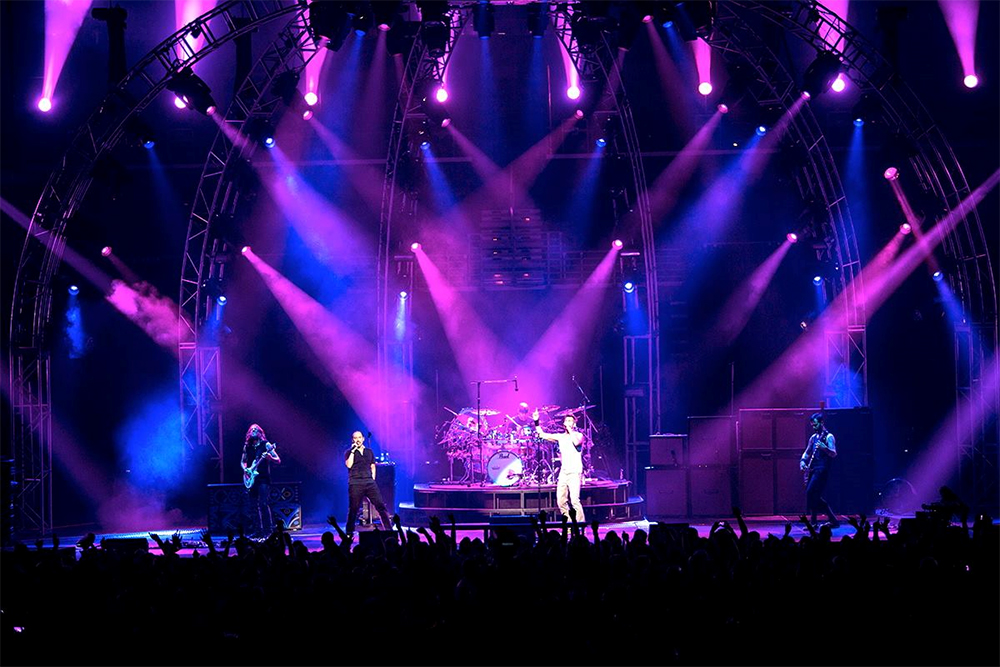 311 Day celebration with five hours of music supported by M6

311, an American rock band from Omaha, Nebraska formed in 1988, created 311 Day in 2000 when the band played 47 songs straight. Since then, the band has consistently increased its set list, this year consisting of over five-and-a-half hours of music.

Joe Paradise said about the M6 console:
“The biggest challenge is being able to program at a high rate of speed and to be able to have most of the songs programmed ‘cue to cue’. I have used Martin consoles since the Maxxyz lighting console came out and have always been impressed with the ease of programming and how simple but diverse the effects engine is.”

He continued:
"I switched to the M1 because of how solid it is and the familiar syntax and since then have chosen the M6 for the same reason. I really do enjoy the larger format and the numerous playbacks. I am really happy with how modular it is and I really enjoy the variety of playback placement types as well as the playback options. The touch screens are really easy on the eyes but vivid and very accurate. It just keeps getting better!”

On this particular show, Paradise had Martin’s M1 console standing by as a network backup console, but it was never needed. Paradise stated: “The goal was to make this a very special event for hardcore fans of 311. I wanted to make the show look a lot larger than it was, and make the audience feel as though they were part of it as opposed to just being there. The M6 console makes getting what you see in your mind’s eye to the fixtures very simple and effortless.”

Paradise, who has used just about every Martin fixture since the MAC 250s and 300s came out, utilized the Atomic strobes to create diverse effects for the audience. On a finishing note, Paradise added:
“The crowd really responded to some of the looks and gags we put together and everyone walked away very happy! It was a great experience and I always enjoy using Martin to showcase my vision.”