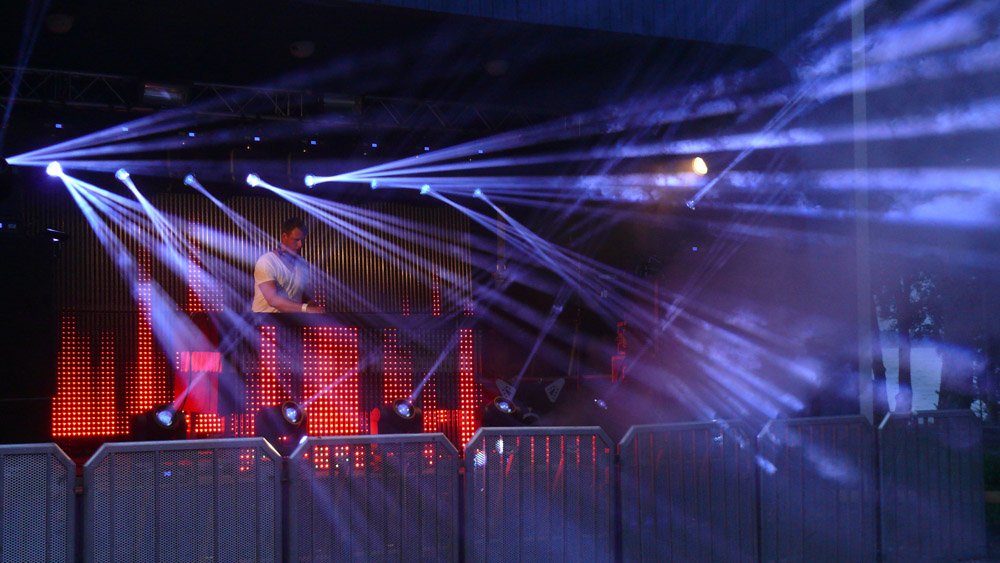 Swedish event company Adapt’s brief for the East Coast House Party was to create a modern outdoor nightclub with a high-tech touch and the company chose HARMAN Martin’s new RUSH Beam MH 3 to create the look.

”We had many reasons to choose the Martin RUSH Beam instead of other fixtures,” says Viking Grandin, senior project manager at Adapt. ” The stage was very small but the distance long so we needed a small fixture with high output and narrow beam that could shoot out over the audience and dance floor.”

The East Coast House Party is an open-air event held each year in Östhammar north of Stockholm. Held on a cape with a capacity of 5000, this year’s headliner was Dj Albin Myers with Adapt chosen to supply equipment as well as personnel.

Adapt placed 16 of the Martin RUSH Beams on the stage floor and above a backdrop Martin LC-Series LED wall to create the spectacular effects. ”The speed and the many possibilities of the RUSH Beam made it ideal for this type of club event,” Grandin states. ”In just one fixture we had a tight beam, a frosted beam and a flower effect. This made the lightshow very flexible and everchanging.”

This type of club event often has a tight budget but because the RUSH Beam is very cost efficient, Adapt could use more fixtures than normal for the same price, and create an even better experience for the client.

”During the event we got a lot of positive feedback on the light show. The customer was more than satisfied and said that it exceeded their expectations. They also said they would recommend us to their colleagues. And that type of feedback is very satisfying,” Grandin concludes.