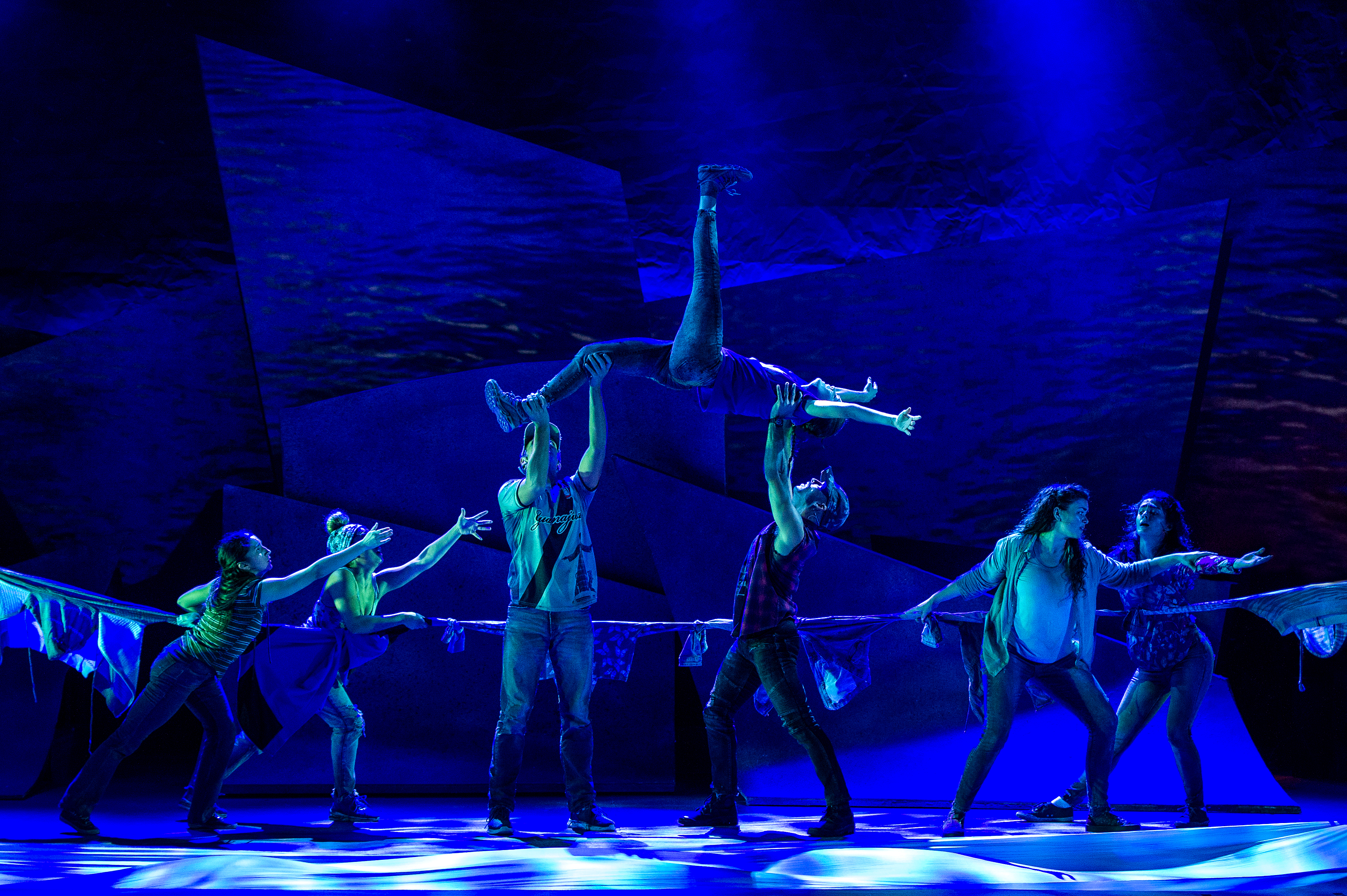 Barrington Stage’s A Crossing: A Dance Musical Illuminates The Journey of Refugees With Martin Professional Solutions

Founded in 1995, BSC is a non-profit theater company that is dedicated to developing original and compelling works by diverse voices, such as the Tony Award-winning The 25th Annual Putnam County Spelling Bee among many other productions. A Crossing: A Dance Musical, created in association with Calpulli Mexican Dance Company follows a group of migrants on their journey across the U.S.-Mexican border, whose stories unfold through visceral choreography and electrifying musical performances by its talented cast. As the play covers raw and relevant topics like immigration, sanctuary, fear and hope using little to no spoken dialogue, the production required a versatile lighting system that reinforced the many emotional shifts throughout the show while accommodating the production’s unique set design and limited space. To meet these requirements, Lighting Designer Jason Lyons assembled an impactful and efficient lighting rig with Martin ERA Series, MAC Series and VDO Series fixtures. Christie Lites provided many of the Martin fixtures for the installation.

“The production has a very organic set and a lot of video projection, so I needed to create a lighting language that was able to create these really dynamic moments with the characters throughout the play while still giving me the control to let the video take precedence when it needed to,” said Lyons. “The set has these multi-contoured curved walls, platforms along the upstage area and three giant pieces downstage that change into different configurations depending on the scene. The show is also basically nonstop songs and cues, and as you develop an original story from scratch, it could be that one day there's a whole new scene or song you need to figure out. So I knew I needed a plot that had ultimate flexibility and could adjust to changes quickly.”

With 34,000 lumen output and a 160 mm front lens, the ERA 800 Performance packs powerful brightness and visual impact into a compact design, making it the ideal choice for smaller productions in need of high-quality visuals. For A Crossing, Lyons noted that just four ERA 800 lights provided the coverage and dynamic flexibility that he required to execute the visuals needed for the show while also accommodating the theater’s limited hang space. Additionally, the fixture’s six-slot color wheel selection, vibrant CMY color mixing and wide selection of gobos, frosts, prisms and more allowed Lyons to deploy diverse effects and vivid colors without the need for custom-made templates.

“A Crossing is a developmental show, so we didn't have a lot of money for anything custom,” explained Lyons. “But what was included with the ERA was really amazing and helpful. There were times where I played the ERAs at super low intensity but still had this really gorgeous color in a perfectly laid-out template, and I was able to kind of cut things perfectly around the contours of the organic scenery. It was brilliant; I couldn't have been more excited about getting a chance to use these fixtures.”

Along with the ERA 800, the production utilized the multi-source Martin MAC Aura PXL lights for saturated washes and granular programming at the individual pixel level. Along with providing solid and vibrant blends that set the tone of each scene or dance, the PXL also offered a fast and accurate 1:8 zoom that allowed Lyons to also use the lights for tight, zoomed-in beams in certain key scenes. Lyons also equipped the side stage areas with Martin MAC Encore Performance CLD moving-head fixture featuring 6000K pure white color temperature and the patented Animotion FX system for additional effects and beams in key dance and music sequences.

Finally, the Martin VDO Atomic Bold fixtures allowed Lyons to create diverse effects and immersive visuals with highly accurate pixel mapping and built-in backlight and beam effects. With a 72-LED RGB Aura backlight and a 13,000-lumen boost and strobe, the Atomic Bold is a versatile yet compact fixture that can instantly jump between strobe effects and solid washes in order to best suit the needs of each scene throughout the show. Lyons praised the Atomic Bolds and the rest of the Martin solutions for providing the versatility and reliability he needed to bring stunning visuals to the Barrington stage.

“It's always great to work with Martin,” said Lyons. “Brad Schiller is a great representative at Martin but also a great friend. We've worked together so many times over the years, and he and I often talk about new gear, how I can integrate into my designs and what we can do for each other. Demoing Martin’s stuff and talking to them about it is always a pleasure because I always know that at the end of the day, the product is going to be great and we're going to be taken care of.”