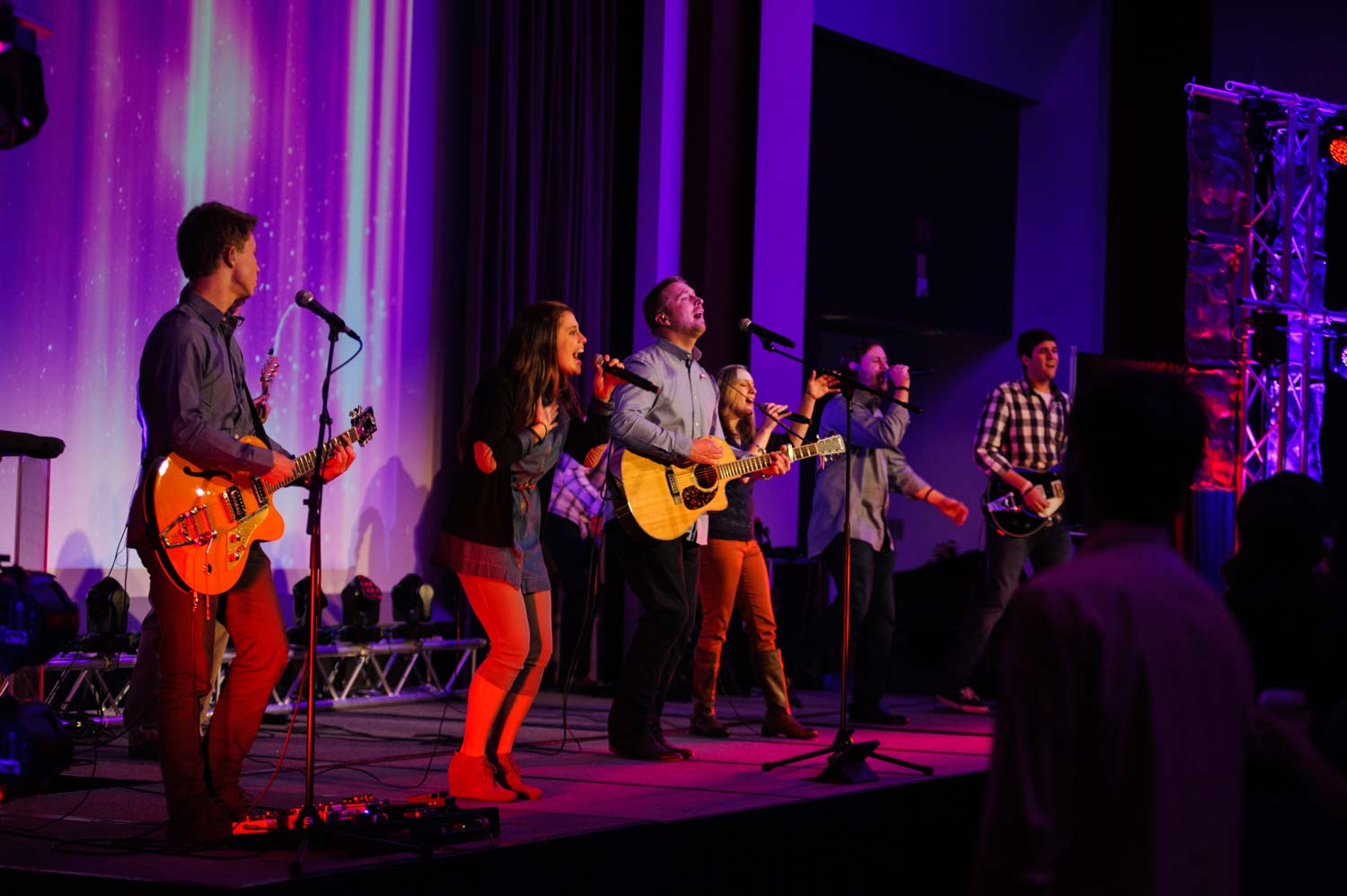 Church of the Highlands delivers high-energy prayer for 20,000 members

With ten campuses and more than 30,000 active members throughout Alabama, the Church of the Highlands delivers a unique style of prayer that utilizes professional production elements to create a high-energy, high-worship atmosphere. Now in its second decade, the church was in need of a versatile and reliable lighting solution for its weekly services and Lighting Designer, Brian Worster, turned to Martin Professional lighting fixtures to provide stage and effect lighting across the ten campuses.

Services for the church are held at a variety of campuses ranging from high schools to community centers and entertainment venues and are produced primarily by volunteer “worship teams”. While the sermon is delivered from the Grants Mill main campus in Birmingham, Alabama via the Internet, each campus worship team runs the program and services locally. Worster said:

“We wanted to create a passionate high-energy worship atmosphere with lighting that could be quickly loaded-in and loaded-out by volunteers every week.”

“We recently put on a youth conference in which we brought in 28 Auras and 18 Vipers. The Vipers offer great gobos, they are extremely punchy, and have incredible optics that deliver strong output and framing.”

The MAC 101 series wash lights are also used at each of the church’s locations to ensure that volunteers easily can update positioning on short turnarounds. Worster also brought in the 101s for their ability to color mix as well as for their efficiency because many of the campus locations have little to no infrastructure for large amounts of power consumption. Worster said:

“The 101s are super bright and in some locations we are throwing 100 feet or more to the stage and still only at 70-80 percent output. The lens accessories are great for zooming or narrow the beams to blend the front wash. We also use the 101s during the message portion as a supplement to house lights like in a theater.”

The Tuscaloosa campus features 16 101 RGBs on the upstage floor shooting on the ceiling above the stage, while the Woodlawn campus, a high school theater uses 8 101 WRMs for front wash as well. The Fultondale and Huntsville campuses feature 10 101 RGBs on trusses upstage as well as several 101 CTs downstage for front wash. Worster said:

“We’ve used the 101s at the Fultondale campus for almost two years and they’ve totally changed the way we approach launching a campus with the church. They offer more flexibility and provide an atmosphere that we can recreate at every location. Also, budget is an important when launching a new campus and the 101s are extremely bright yet also inexpensive enough that they were a no-brainer for our productions.”

“The service Martin has provided to us has been incredible,” summarized Worster. “The fact that Martin has a team specifically dedicated to the House of Worship market is huge for us—we feel like we have another ally on our team and I could not have imagined the success of our services without their help!”