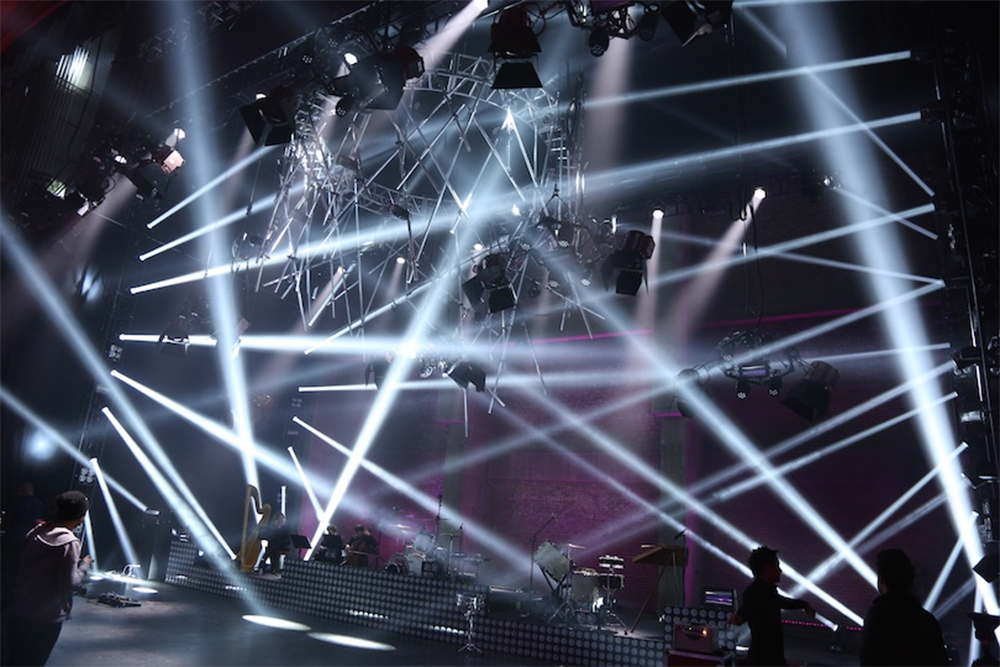 Jesus Culture, which began as a youth group at a church in northern California, has become a global movement that includes conferences, events, campus ministries, and worship curriculums dedicated to demonstrating the love and power of God. To commemorate its recent relocation from Redding, California, where it was based for 18 years, to Sacramento, the Jesus Culture band recorded ‘Unstoppable Love’; a live album and DVD, at Sacramento’s prestigious Memorial Auditorium. With the help of Martin Professional’s fixtures and the M6 lighting console, Lighting Designer Robby Kurtz was able to both successfully represent the Jesus Culture movement and showcase the importance of its relocation. California-based rental house DPS Inc., provided the lighting production equipment.

Kurtz deployed 32 MAC Viper Profiles and 26 Martin Atomic 3000 DMX Strobes to create a complicated design, ensuring that each song had its own look and, at the same time, kept the audience’s attention from being drawn to just one visual element.

The design featured 14 MAC Vipers hung from trusses above the stage with six on the stage deck and 12 additional Vipers around the audience to give the cameras aerial effects and to backlight the crowd. Kurtz said:
“The MAC Vipers were the main profile for visual effects on the back wall and in the air. I used gobos with a super-wide zoom setting and the light was able to cut through the other visual elements on the stage. Also, the Viper optics and speed are two of the main reasons I chose them for this event. The Zoom and Focus whips around at close to Iris speeds, which is awesome!”

The Atomic Strobe lights were also used throughout the production with additional fixtures hanging on DPS Inc.’s custom-built pipe hexagons that were suspended over the stage. “The Atomics are always a great way to help build audience energy during songs,” Kurtz added.

Kurtz also used Martin’s M6 lighting console to control the entire design. He explained:
“I’ve been using the M-Series console platform since 2004 so having the M6 for this event was a perfect fit. DPS provided 330 intelligent fixtures that spread over 25 universes and the M6 really helped me to spread out and have enough power to drive all the fixtures. The console worked like a champ and was extremely stable. With all the assignable encoders, it makes for a really fun desk that is very quick to program.”

As an avid user of Martin’s ShowDesigner software since MSD 4 Gold, Kurtz now owns the recently introduced MSD 6. “The Show Designer software is a great tool for programming offline,” said Kurtz. “I spent a couple of days building the foundation of the show at home, which saved a ton of time onsite.”

Kurtz said that the powerful combination of Martin and DPS Inc. was a critical part of capturing the essence of Jesus Culture. “The Jesus Culture band and ministry was very happy with how the event turned out and with what they have seen of the video,” he said. “The combination of Martin and DPS Inc.’s expertise resulted in an event that really represented Jesus Culture well and was true to the movement. Martin never disappoints with its new products and innovations. The quality and dependability of Martin products prove that they’ve been designed and tested for the biggest shows in the world.”