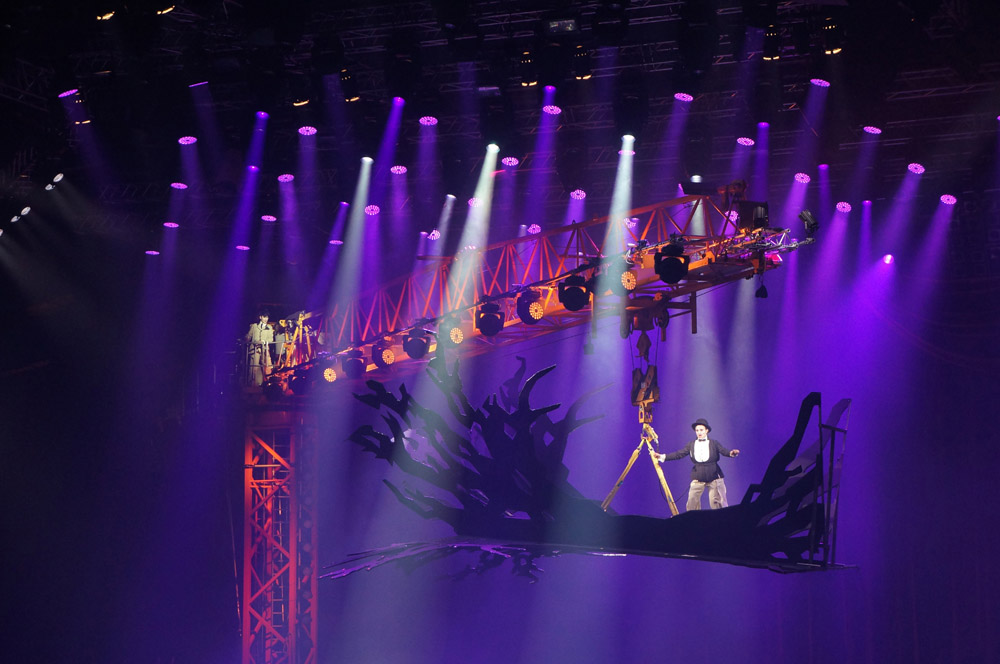 From December 28th to January 20th, Lennon and McCartney fans were treated to the theatrical concert „Hey Jude“ at Forum in Copenhagen. A spectacular musical and visual treat with lighting design by Jonas Bøgh, the Beatles-inspired show used a host of Martin Professional MAC luminaires, including the new MAC III Wash™, with supply by Nordic Rentals.

“I needed a very powerful fixture to create an enormous ‘background of light,’ explains LD Jonas Bøgh. “At the beginning of the theatre concert I used the MAC III Wash to light through an opening in the enormous back drop to create the idea of something threatening outside pushing to be let in!”

At one point in the show an enormous backdrop falls and the MAC III Washes define the entire background of a bare and open scenography. “The fall of the backdrop reveals a full-size building crane and a number of large containers,” Jonas says, “so the MAC III Washes had to stand up to some huge elements – which they did surprisingly well!”

The MAC III Wash is a new, full-feature Fresnel luminaire in Martin’s 1500-watt MAC III series. It features a unique internal barndoor system (shutters) that enables designers to shape and control light projection with great precision. Its 50,000+ lumens of power and host of automated features make it a highly capable substitute for a conventional 2.5 kW daylight Fresnel fixture.

“In some parts of the show I wanted to cut off the huge elements in the background, but still be able to use the MAC III Washes for top/backlight. Here I used the very precise shapers [internal barndoors] and together with the iris was able to make a big wash from the back without lighting the containers,” Jonas comments.

Jonas used another Martin MAC III series luminaire with internal framing system, the MAC III Performance™, which features an interleaved framing system with full crossover of each blade, as a top wash, hanging them in a precise coordinate system.

Jonas turned to Martin’s LED range of luminaires as well in the form of MAC Auras and MAC 401s, which he hung in the large building crane.

“Among other elements, the building crane had to lift the heavy containers onto the stage,” he explains, “so I could only put very limited weight in the crane before its total load capacity was exceeded. Therefore I chose the LED fixtures so that I was still able to hang the amount of moving lights in the crane that I wanted.”