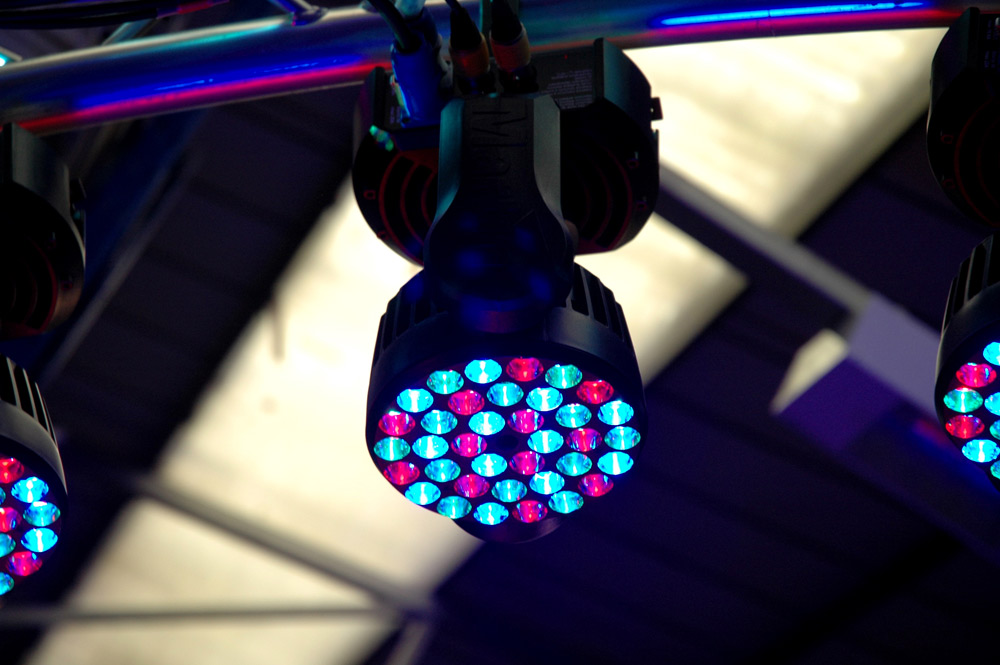 Impact Production Services (IPS) recently supplied, installed and operated a lighting package that included Martin MAC 101 LED moving heads for the European premiere of the Justin Bieber film “Never Say Never” at the O2 Arena in London. The event took place on 16th February with frenzied journalists, fans and other guests in attendance to catch a glimpse of the Canadian pop sensation.

IPS supplied equipment for the main entrance area to the O2, in which Bieber appeared on a balcony, as well as lighting for the façade of the Cineworld Cinema, where the film showing took place. Martin MAC 101’s were positioned by the Cinema entrance, with rapid movements and color changes used to form waves of light on a drape cloth to emphasize the glitzy feel of the event. The MAC 101s were also used to create a searchlight effect onto the drape as 1800 guests walked into the Cinema.

Lighting towers in the entrance area lit the edge of a purple carpet that Bieber walked along to the Cinema. Two 40sqm LED screens rigged on 8 x 8m goal posts were edged with a mixture of automated lights and Martin Atomic strobes. IPS also installed over 60 Fresnel lanterns and various other generics to light other front of house areas. Martin MAC 250 Beams™ were also used on the event.

The design brief, developed by Limited Edition Event Design along with the client, was to work with the ‘Beiber Purple’ and white of the poster campaign to create a concert feel to the event while maintaining broadcast quality light levels. Lighting design was by Ed Regan who also programmed and operated the lighting for the event.

“Everything had to be kept as bright as possible as there was a lot of filming and media coverage,” stated Tom Warden, Project Manager at IPS. “We were impressed that even though the MAC 101s sat on the floor, the beams were hitting the roof of the O2, which is certainly pretty high! In fact, our client said ‘The MAC 101’s were incredibly bright; not many LED fixtures can project a blue beam onto the roof of the O2 in daylight!’ The units are well made, and we haven’t had any problems at all.”

“We chose the MAC 101’s as they fit in with our existing MAC stocks,” Tom continues. “We had been very impressed with the 401 LED fixtures, which have proved very popular, so it made sense to look at a smaller LED fixture. We saw a bank of these on the Martin stand at PLASA and like the speed and way they can be used in multiples. Everyone has been surprised how compact the units are, and with the intensity of the beam. They have lots of applications, for example at the back of a stage as an ‘in your face’ effect, on the floor to highlight an area/exhibit, or as a color changing pinspot alternative.”