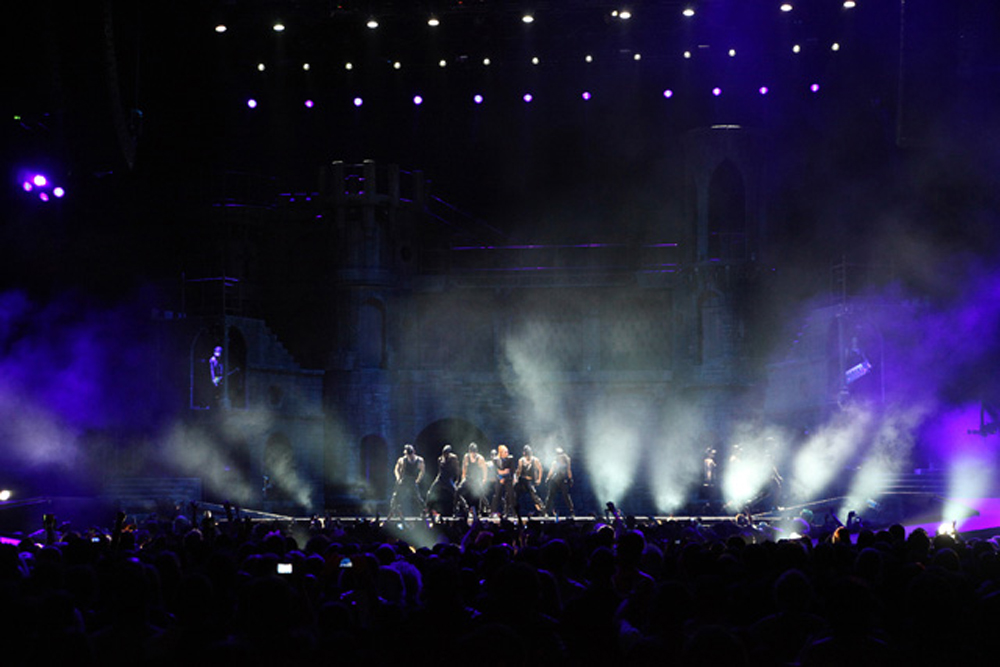 The show clocks in at a meaty two and a half hours, with 23 songs split into five acts, each with a different feel, and obviously many different outfits - this is Gaga after all. The stage, designed by Gaga herself and her creative team Haus of Gaga, is modeled after a medieval Gothic castle with large catwalk to interact with the audience. It is pure pop theatre with a message of love and acceptance for all.

Punch and power
The set is a monstrosity that dictates how the production loads in and out of buildings and how everything else is set up. The lighting itself is actually quite straightforward. When you look at a top plan view of the lighting system it looks fairly simple. However, it’s how Woodroffe uses the lighting that makes it so unique and makes it look so great.

“There’s quite an assortment of fixtures in the rig with a lot of it dictated by the amount of space we have,” commented Mac Mosier. “The MAC 700 Washes and Profiles fit nicely into the confined spaces within the set and work very well from there. You need a light with good punch and power to come out of such confined spaces and the MAC 700’s are ideal.”

The MAC 700 Profiles are mixed into the set, with Mac describing them as the best light for the application. The MAC 700 Washes are situated within the windows built into the set downstage left and right and Mac favors them for their beam size, punch and color.

MAC Aura
The MAC Auras are situated around the perimeter of all the runways and the downstage edge of the stage running across the front edge of the stage. Some are also placed inside the set to act as key lights for the band.

“The MAC Auras work great,” revealed Mac. “They’ve really got some power to them and I love their color saturation, their dimming, and the movement. I’m really happy with them and they’re a great LED moving head. Patrick Dierson programmed the show so that the MAC Aura lenses are one channel and the light another so you’re controlling two different aspects.”

Surprisingly it is the Martin Atomic strobes that Mac describes as the workhorse of the set as they are an effect that Gaga likes to use quite often.