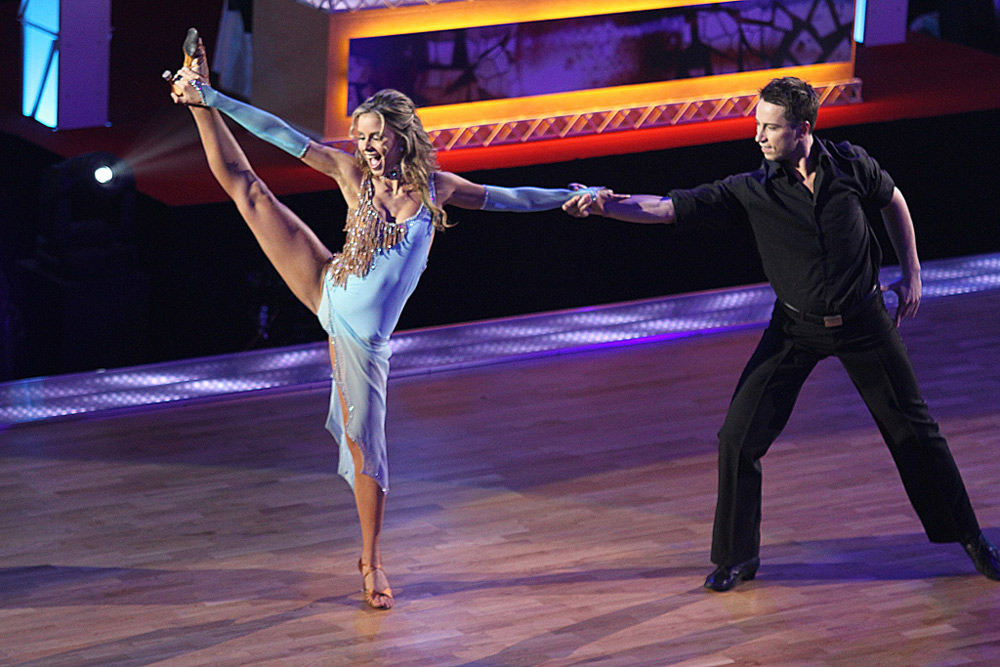 Broadcast on Slovakia’s most popular channel, TV Markiza, a partner of the CMI Group, “Let’s Dance,” in its fourth season, stays fresh with visuals from some of the latest dynamic lighting gear on the market.

Media content onto the LED panels is driven through Martin’s P3-100 System Controller, an advanced video signal processor that allows LED screens to be treated like lighting instruments through direct DMX control of brightness, color, pixelmapping and more. The LC Series panels used on “Let’s Dance” were upgraded with LC Plus Series™ electronics, which adds many of the LC Plus features, including P3-100 compatibility.

Projected across the dance floor are powerful beam looks generated from Martin MAC 250 Beams™, an extremely punchy and compact fixture created via easy installation of an upgrade kit onto any MAC 250 Wash™. Other lighting effects come from MAC 700 Profiles™, MAC 600s™ and MAC 250 Kryptons™.

Outside, in a unique, eye-catching advertisement for the “Let’s Dance” program, videomapped visuals from a Maxedia Broadcast played across the building (viewable here). Also, live video output from the dance competition was projected onto the old Market Hall facade in the center of Bratislava.

The majority of the lighting package was supplied by Martin’s representative in Slovakia, company Adam a Syn.