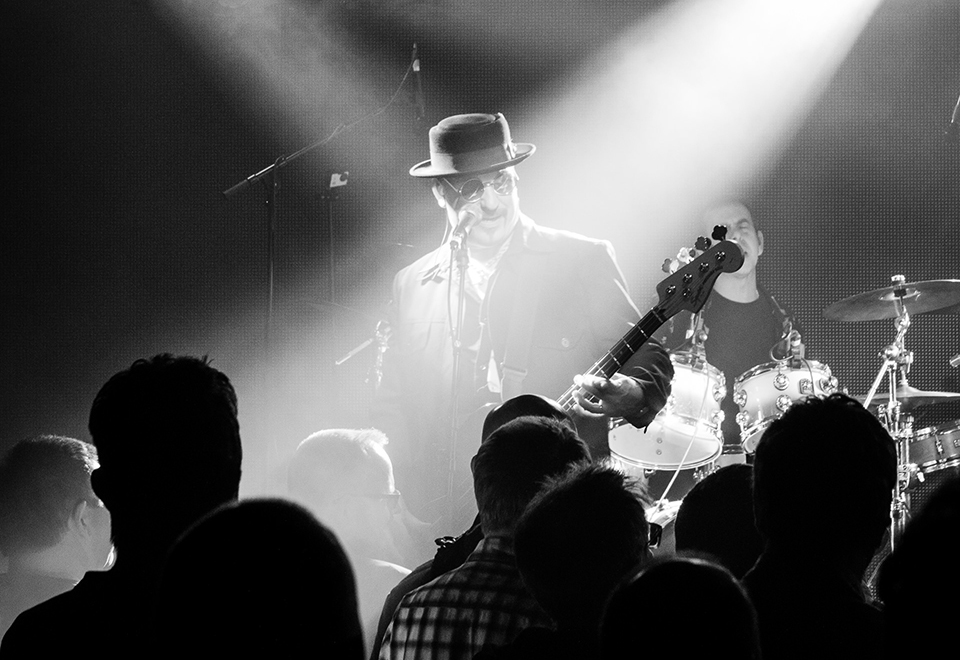 It’s the band that provides the entertainment during a live concert, but a show’s aesthetics are often as important as the sounds. So when members of the British progressive rock band Lifesigns decided to make a live show DVD, they called on Lighting Designer Chris Curran to make them look as good as they sound, a feat he accomplished with the help of Martin Professional’s MAC Quantum Wash light and M6 controller.

Lifesigns’ two-night performance at the London rock venue Under The Bridge in January was selected for the DVD to be filmed because of its location, an LED screen at the back of the stage and the presence of existing Martin fixtures. Curran, however, was eager to make the performance a true experience for both attendees and fans, the latter of which crowd funded the DVD’s production. So he got in touch with David Stewart, Key Account Manager for Martin Professional UK, who sourced Curran with the M6 and 12 Quantum Washes for the shows. Curran said:
“Under the Bridge had an array of Martin MAC 401s but I’m not a huge fan of wash lights. Stewart knew this but still recommended the Quantum Washes. After two shows with them, I can officially say I’m a massive fan!”

Curran, who generally prefers a tightly focused show, was won over by the Quantum Wash’s three rings of light, beam twister and easy manipulation of colors. He has become a big fan of the beam twister and colors effects, which allow a lighting designer to quickly transition from a large to narrow wash, giving each show a versatile and dynamic look. In Curran’s own words:
“It’s a whole new world. Even during the performance I caught myself thinking, “Wow, that looks amazing!”

Curran considers himself “old school” and prefers to light the band rather than the audience. This made him especially appropriate for working on a filmed performance. The directors set up eight action cameras around the stage for quick cuts and close-ups, which required Curran to comprehensively light the band members in a variety of ways to give the editors plenty of options in post-production. Curran said:
“The audience didn’t come to the show to see the house lights, they came to see the band. They should see the same show that everyone else sees on the DVD. To me, you have to capture the dynamics of the live show and not just the music. Luckily, I had a lot of control to do this.”

He programmed the show at home with his own Martin M2GO console using Martin Show Designer for visualization and then operated the show lighting from the M6. He chose the M6 because of its 44 playbacks, allowing a more hands-on approach that could be as reactive as Curran desired. Curran explained:
“With the help of the M6, I was able to provide a very diverse array of effects and looks for the DVD. I only wish I had had more time with the Quantum Washes. I had an absolute field day and can’t wait to use them again!”