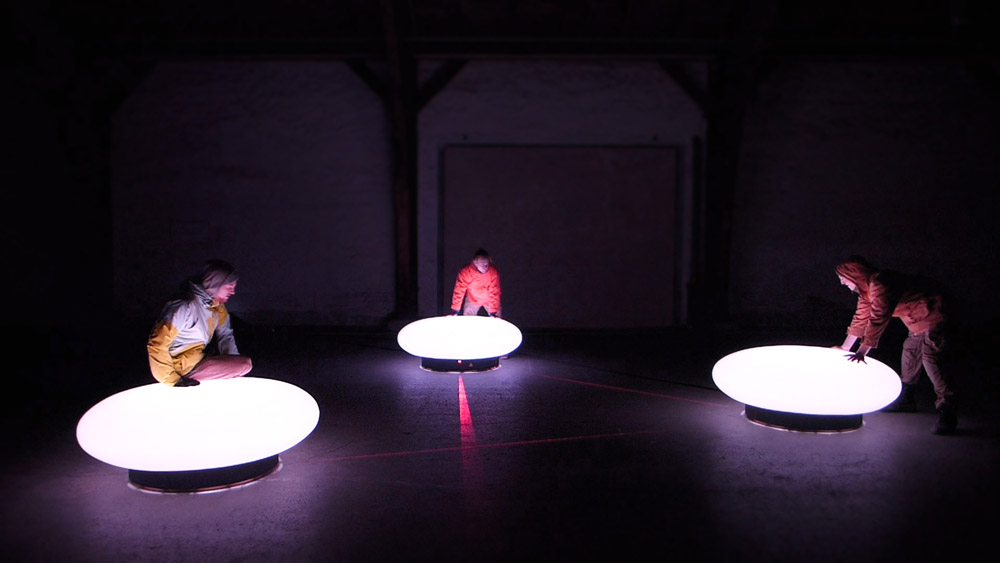 The Light Spots lighting project had as its aim to design a new generation of interactive urban furniture, creating new social spaces and new forms of playful interaction between citizens.
The project, one among several initiated by the Danish Lighting Innovation Network, used Martin Professional Tripix™ LED strips for dynamic illumination of the Light Spot furniture.

The project was carried out by design firm Kollision in collaboration with the Aarhus School of Architecture, the Municipality of Aarhus, and companies Out-sider and Martin Professional. Financial support for the project came from Realdania, a strategic philanthropic association in Denmark which supports projects in the built environment within three focus areas – cities, buildings and built heritage.

The first step in the project was to produce a number of prototypes for Bispetorv city square in Aarhus, Denmark. The prototype urban furniture was equipped with sensor-controlled sources of light, allowing them to interact with other Light Spots in the area.

In the evening, the Light Spots glowed dimly, inviting people to sit. When sat upon, the light grew brighter and emitted a beam of light, which could be aimed at one of the other Light Spots, thus activating it. The aim of the prototypes was to experiment with different settings, expressions and interactive opportunities.

Each piece of urban furniture was made up of two parts. The lower part encased four 300 mm long Martin Tripix color changing LED strip lights. The Tripix fixtures house tricolor LEDs for a broad choice of color choices from whites to subtle pastels to vibrant saturates, and feature superior color mixing directly at the lens, resulting in a more uniform illumination and absence of color shadows.

A plastic shell top served as a large seat cushion, which could rotate on its own axis, allowing the user to control the direction of the beam of light. When not in use, the Light Spots would glow, change color and rotate on their own.