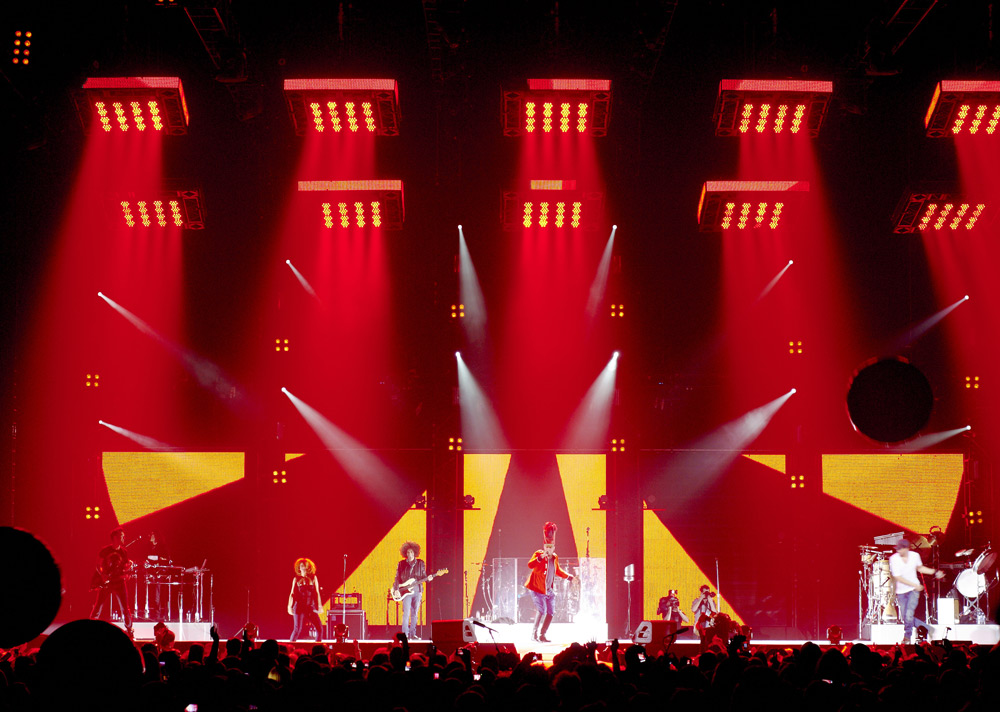 Two things stick out about the Martin MAC 101 for lighting/production designer Travis Shirley on the current Enrique Iglesias tour.

“Rarely do you get the colors that we get out of these. Across the board I’ve never seen such good saturated colors,” he says about the ultra-compact LED wash light, adding, “And the speed - it is limitless with a fluid motion all the way through. It really changes how you think.”

Travis, who has been with Enrique Iglesias for six years, is using an all Martin rig on the current “Euphoria” world tour, a rig that includes over 200 of the remarkably small and super light MAC 101 washes.

As the show’s overall visioneer, Travis works closely with Iglesias as far as what the show will look like. He comments, “The tour design represents the emotional impact of the music and Enrique is involved in the production design more so than most artists. It’s a package– the album, the songs, the tour, the lighting. He definitely has an eye for it and knows about the 101s.”

Travis’ design includes 10 pods of MAC 101s, which he likens to an automated ACL bar (he has coined the term ‘podular’ to describe the design). Each pod contains 16 MAC 101s and measures 6 x 6 ft. There are two rows of pods – an upstage row and a downstage row - with each pod on motion control.

“My favorite aspect of the 101 is the movement and how quickly I can do things,” Travis says. “It’s like having a moving mirror fixture. I use quick beamy chases, new speed effects, some creative pan and tilt effects – I’m really taking advantage of the speed. I also pixelmap across them. But it’s the combination of all the attributes of this light that really defines it.”

The “Euphoria” tour design is an intricate one that is based around six candy cane finger-shaped vertical trusses that extend out over the audience. Each finger is lined with Martin MAC 2000 Profiles with MAC 2000 Washes on the floor to provide sidelight.

“I was left with empty gaps between the finger trusses. That’s when I came up with the concept for the pods,” Travis states. “We looked at multiple fixtures, not only from a design and artistic point of view but from a logistical and technical aspect, and chose the 101. Even though we have 16 fixtures in each pod, each pod only weighs 300 pounds.” For easier transport, each row of 101s is mounted onto pipe that can fit easily into a set dolly each night.

“Normally by this time we would have had a 10 percent swap out rate but we haven’t swapped out one 101 yet,” he says. Other Martin gear in the rig includes MAC 700 Profiles™ and Atomic 3000™ strobes on upstage vertical towers, along with MAC 301 Washes™ at an FOH stage.