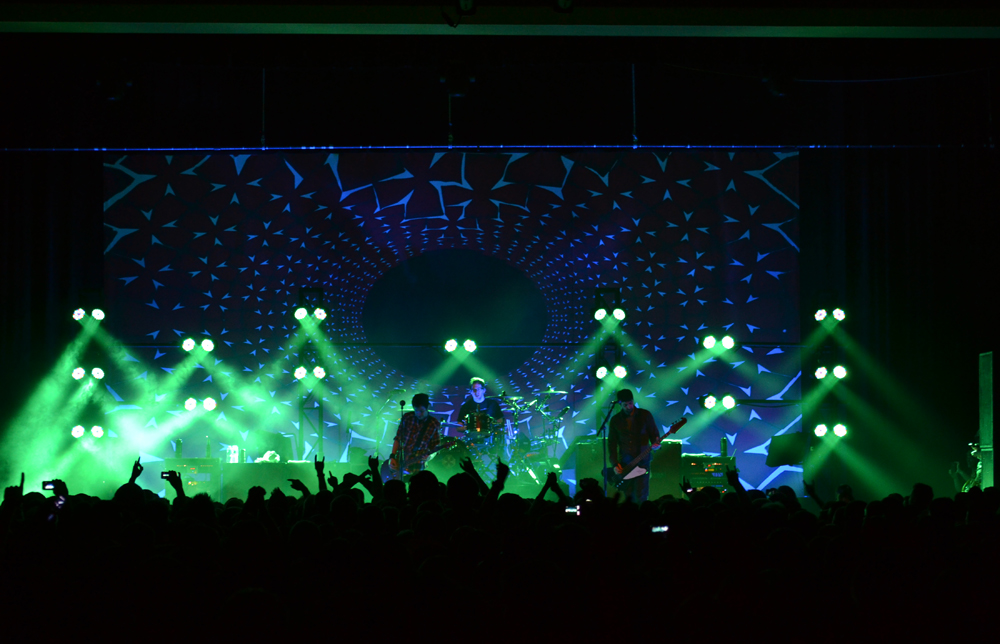 The shrewd LD knows that you don’t necessarily need a huge budget or a lot of fixtures to make a big visual impact. John "Cheetoh" Chiodo, lighting designer, programmer and lighting board op for American alt metal band Chevelle, understands that and turned to Martin’s mini but mighty MAC 101 wash light for the band’s 2012 “Hats Off to the Bull” U.S. tour.

“On the last tour with Chevelle I used MAC 700s,” he stated. “On that tour the band and I discussed going with all LED fixtures for the next tour. This time I scooped up as many MAC 101s as the budget allowed.”

Cheetoh spread 30 MAC 101s across the upstage edge between four trusses and pipes to create a full wall of fixtures look. “I chose the 101s because of their brightness and quickness,” he says. “They also have a perfect degree beam, which helps make the light more of a spot than a true LED wash fixture.”

Lighting vendor for the tour is Windy City Music out of Chicago whose role encompassed more than mere supply of the lighting gear. Cheetoh explains, “Chris Johnson of Windy City Music and the guys there came up with a great plan to make a bracket that keeps two 101 fixtures together, which is quicker for the load in and load out and fits perfectly into the cases. With the bracket idea, it really helps the stagehands securely grab the fixtures, making them much less likely to be dropped.” He also states that there have been no issues with the fixtures to date.

Appreciative of the help he has received on the tour, Cheetoh acknowledges Martin Product Manager Matthias Hinrichs for his quick and efficient support. He also thanks “Brad Teagan for helping me develop my design ideas; Dean Bernardini of Chevelle for designing the backdrop and working with me on making it fit the design and work so well in the lighting rig; everyone at Windy City Music, they have all been great; and Renate Loeffler for taking outstanding photos of the show.”