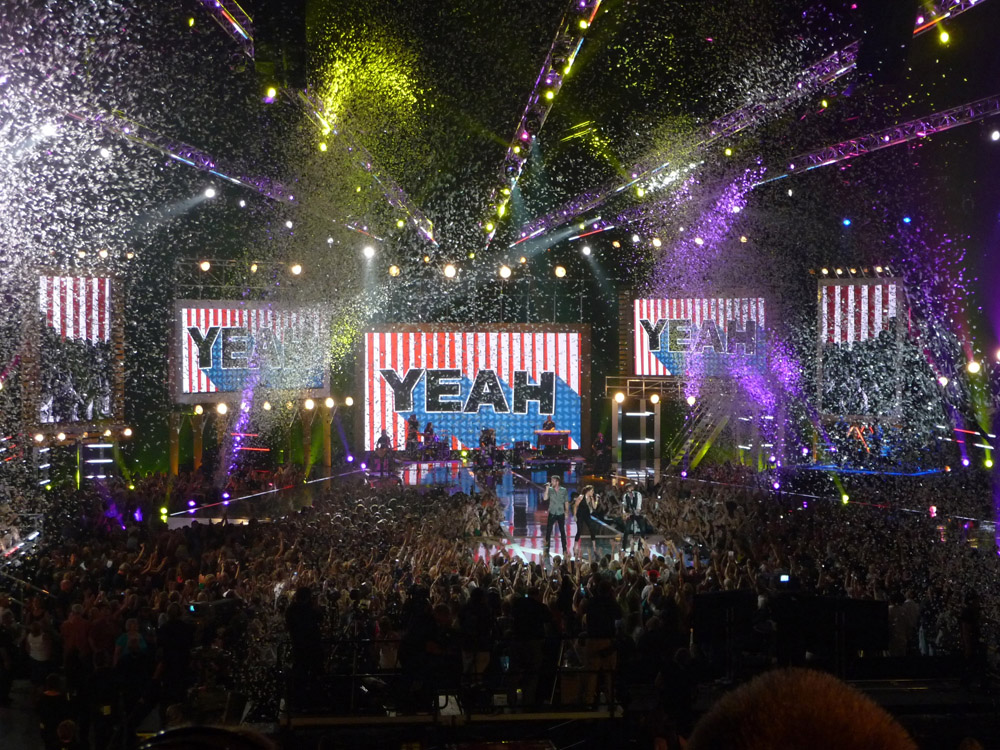 The biggest stars in country music gathered at the Bridgestone Arena in downtown Nashville on June 9th for Country Music Television’s annual awards show. This year’s show, which came on the heels of historic May floods in Nashville that saw widespread damage and loss of life, gave a much needed boost to a devastated community.

Lighting design was by one of the lighting industry’s most versatile and premiere LDs, Tom Kenny, who has designed looks for some of the music industry’s biggest names and events over the years. He commented, “Nashville had just been through some terrible flooding and this show proved how strong a community the city is. The show celebrated the city’s rich musical culture with great success and record-breaking ratings.”

Compliments on the lighting design and the overall feel of the show (the stunning scenery was by Anne Brahic) have been many. The show was produced by Jesse Ignatovich and Chris Choun with direction by the legendary Hamish Hamilton.

Kenny had the Bridgestone’s high trim height to deal with and turned to Martin’s powerful MAC 2000 Wash XB for long throw lighting effects. “The lights were fabulous and gave me a great deal of support for this very popular awards show,” he stated. “I like their brightness and quick pan and tilt and used them alongside my usual workhorses. They faired well.”

The MAC 2000 Wash XB is a power-packed 1500 W Fresnel that takes the qualities of Martin’s MAC 2000 Wash and adds even greater brightness (over 60,000 lumens of power), new efficient fans, ballast and more.

Lighting vendor for the event was VER of Nashville, who continued to operate from the front lines of the flood. “I had been asked to keep it local to Nashville to help the economy after its recent disastrous floods and I was happy to do that,” Kenny states.

Hosted by Kid Rock, performers at this year’s CMT’s were some of the best from modern day country music including Tim McGraw, Brad Paisley, Carrie Underwood, LeAnn Rimes, Keith Urban, John Mayer and others.