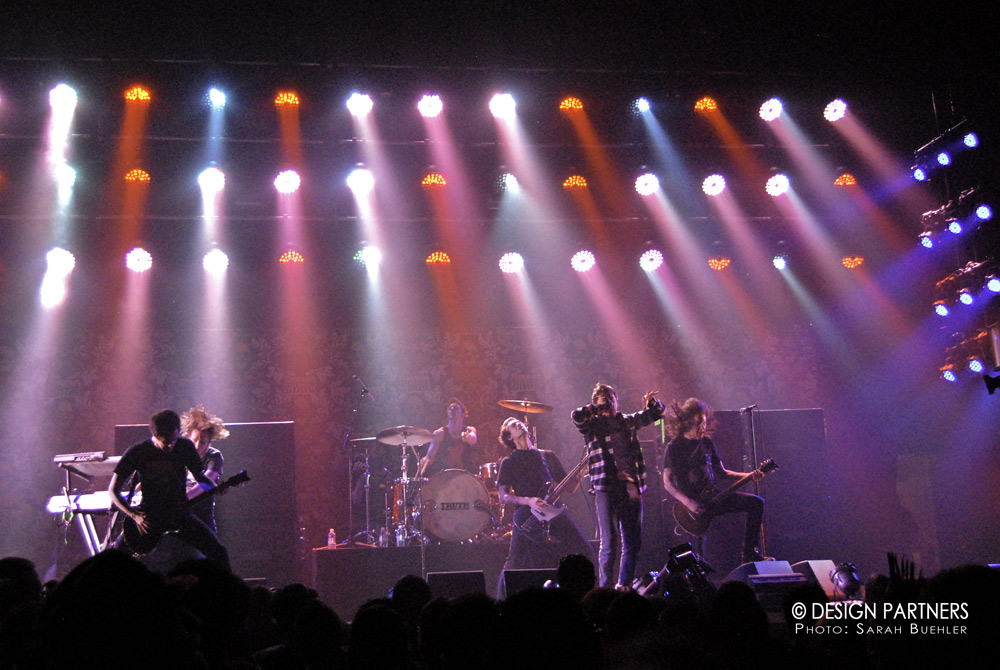 Lee Rose was the innovative lighting designer for the second annual Revolver Golden Gods Awards; an event that celebrates the best in hard rock and heavy metal.

Featuring artists such as Rob Zombie, Slash, Dave Grohol, Lemmy Kilimister of Motörhead, and many more, Rose had to create an environment that matched the vigor of performances. To generate a vibrant force of energy he chose to use the MAC 401 Dual by Martin Professional.

Wall of light
Rose has used the MAC 401’s previously on both the “ABC Disney Christmas Parade” special and “Dick Clark’s New Years Rockin’ Eve” and stated, “For this show I had the concept of an updated ‘WALL OF LIGHT,’ like was done with PAR-64’s in the heyday of heavy metal tours. I knew, from my previous experience, that I wanted to build this ‘wall’ with MAC 401’s.”

He created the spectacular look by hanging three rows of fourteen fixtures under the upstage truss. He then placed three fixtures per side to create low side light from some vertical trusses on the downstage sides of the stage.

LD’s first choice: MAC 401 Dual
The MAC 401 Dual is a versatile LED moving head light that can bathe a stage in multiple colors and has an innovative double-sided design that provides flexibility in functionality. It also offers advanced features like a fast zoom, broad beam look and individual LED segment control. It was the “unified color output (not discrete RGB LEDs) and the opportunities for using access to the segments in the 401’s that made them my first choice for this design,” states Rose.

Rose was very satisfied with the dynamic effects he designed and programmer David “Gurn” Kaniski implemented using the MAC 401s, indicating, “The fixtures performed wonderfully. I was extremely happy with the look we got from the design based on the fixture.”

Additional Martin gear
In addition to the 48 MAC 401 LED fixtures used to create the wall of light, other Martin products used for this event included the powerful Martin MAC 700 Profile™ and Martin Atomic 3000™ strobe. Felix Lighting of La Mirada, California supplied the Martin lighting, as well as other automated fixtures, LED lighting and conventionals.

See for yourself
The Revolver Golden Gods Awards sponsored by Epiphone and hosted by Chris Jericho (WWE, Fozzy) and Andrew W.K. will air on VH1 on May 22nd. Special appearances include Ozzy Osbourne, Rob Halford, Alice in Chains, Slayer and more. Be sure to tune in and check out America’s first ever hard-rock and heavy-metal awards show that took place at Club Nokia in Downtown Los Angeles. And take in the vibrant setting created by the Martin MAC 401 wall of light.