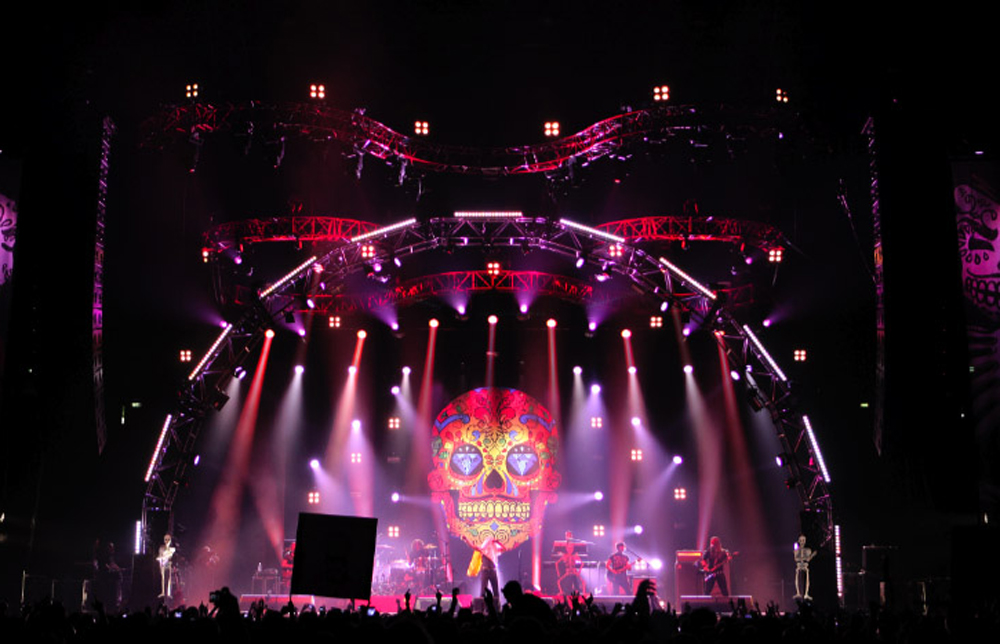 “I needed something that could properly compete with its bigger neighbors in the rig in terms of brightness and presence and the MAC Aura didn’t disappoint.” So says lighting and show designer Jò Campana who teamed Martin Professional’s MAC Aura LED wash with 1500-watt MAC III Profiles™ and MAC 2000 Wash XBs™ on Italian rock band LITFIBA’s latest tour.

In accordance with the band’s wishes for the 2012 tour, more contemporary visual elements like LED video screens were avoided in favor of classic rock looks. “In the end, it’s an old style rock ’n’ roll show with big sound and strong lights,” Jo says.

“I went for the MAC Aura because of their powerful and defined beam, besides its notorious distinctive aura feature. It is also very lightweight and with its speed I sometimes launched a very high-speed pan/tilt effect. The result was definitely amazing; a real moving mirror look-alike.”

The only band that matters
Jo calls LITFIBA ‘the only band that matters’ in Italy and is proud to have been associated with them the last two years. Following release of a new album, the band began an indoor tour in March that culminated at the glorious Verona Arena on May 1st. Over the course of the 2-hour show, four theatrical movements took place including a MAC Aura + Atomic strobe-equipped ladder truss reveal.

Heavy artillery
Jo had some of Martin’s powerful 1500-watt MACs at his disposal as well and used them for those classic big beam looks. “With the MAC III, I wanted a heavy artillery profile that could assure a solid and fat beam for the standard scenes but moreover a powerful gobo effect when requested,” he comments. “I think the MAC III is the best to fulfill that. In order to get a punchier look, I decided to mount the PC lens on the MAC 2000 XB and I’m extremely enthusiastic by their performance. I think I’ll always use them in this way in the future!”

Ferrari red
Jo made the unique request of painting the omega and curved truss in Ferrari red and the custom paint job worked well, he says. “It was an unusual way to characterize a set but red is a familiar issue for LITFIBA and with other red elements on stage, the painted structures fit in perfectly.” As the band does not like much front light, Jo rigged MAC 700 Washes on the front red omega truss to wash the stage.

Lighting supply for the tour was by rental company MISTER X Service. Jo gives a special mention to Lele at MISTER X as well as the entire lighting crew who supported him in pre-production. “They really did a fantastic job!”