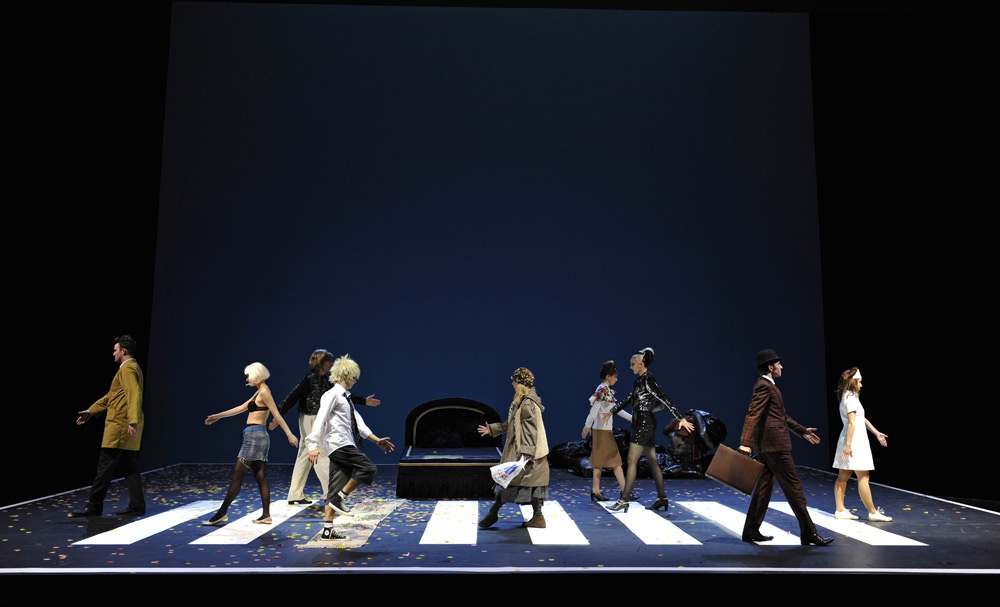 The National Theatre Mannheim is a German theatre and opera company with a celebrated history that stretches back centuries. Housing a variety of performance spaces for opera, ballet and theatre, it is also notable for being the oldest local theatre in Germany.

Unrivaled framing system
Used as downlights and front lights in both the 1200-seat opera house and 640-seat theater, Nicole lists a number of features of the MAC luminaire as outstanding, not least the fixture’s unique framing system and sharp projection quality over all four framing blades.

The continuous rotation framing system in the MAC III Performance is an industry first that allows for new and more flexible projection, framing and effects possibilities. Four individually controllable shutter blades can be micro-adjusted for a greater refinement of beam shape, and continuous rotation allows the image to revolve successively at any angle. Each shutter blade can move across the entire beam to a complete blackout so not only are more shapes possible but any shape can be positioned in any part of the field of light. The framing system also ensures optimal focus of all blades. The MAC III Performance is available as a stand-alone fixture or as an upgrade for any existing Martin MAC III Profile™.

Nicole also mentions as important other features including the “perfect light distribution, perfect color mixing, long throw quality and easy service,” of the MAC III Performance. “It is also very silent,” she says.

Happy with our MACS!
The MAC III Performances were purchased for the National Theater Mannheim via Werning Theatertechnik of Recklinghausen with service needs handled by employees of the theatre and Kammerer Lichttechnik, a local Martin dealer with a very good service department.

Nicole reports “no problems with the gear. Theater Mannheim has again chosen lights that we can work with over the next ten years. It is a very good investment and we are happy with our MACs!”

The new Martin lights have been busy since their purchase, having been used on the musical theatre production “Come Together on Abbey Road,” based on the Beatles’ legendary last album; the Jacques Offenbach opera “Les Contes d’Hoffmann”; and Federico Garcia Lorca’s „Bernarda Albas Haus,“ which premiered this past April.