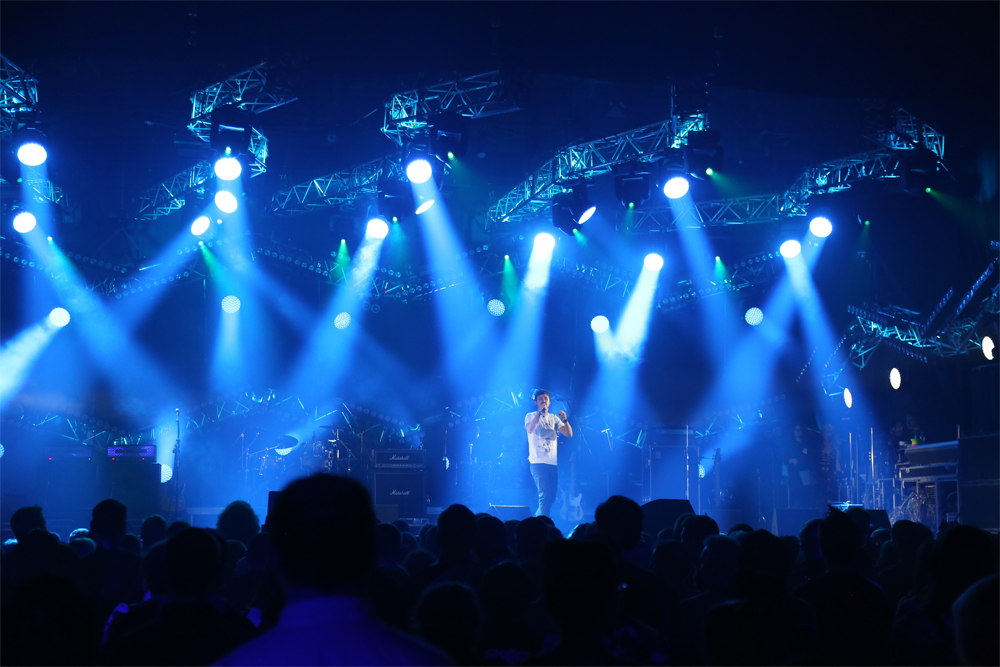 The lighting design featured 37 MAC Quantum Wash lights that were placed on the web of trusses to provide the main wash effect with wide, powerful and bright beams, and to create decorative effects throughout the show. Twelve of Martin’s MAC Viper Profiles were also hung on the background and worked in tandem with 20 Martin MAC 700 fixtures that were placed on the top trusses to add flashes of energy to the concert and create bright mid-air effects. Additionally, the lighting designer installed 12 MAC 301 Wash lights on the side trusses above the dance floor for backlight and deployed 16 Atomic 3000 DMX strobe lights.

The Moscow Arena has a quiet ascetic design with no screens, scenery or any construction. Specialists from Laser-Kinetics, together with Lighting Designer Alexander Bel’kov and the production company, Art Koleso, decided to make lighting design the focus for this event. The creative design concept was based on the traditional Internet symbol – the web. Highlighted truss structures were placed in the corresponding geometrical order, and a set of Martin lighting fixtures created an additional bright entourage with the new MAC Quantum Wash led movingheads.

Alex Leonov, CTO Laser-Kinetics says:
“We were in an extreme need of a powerful LED wash fixture. At the same time, we didn’t want to invest in another brand’s equipment. We are very loyal to Martin products as they proved to be reliable and efficient in rental business.”

Leonov continues:
“MAC Quantum Wash fully meets our expectations. We have received a powerful LED wash light, the one that we expected. Martin even added an ability to create decorative effects, and in fact, now we have a ‘2-in-1’ fixture. Evidently, it’s a time for a new generation of moving heads and MAC Quantum is a bright representative of this generation. We just used the fixtures for the first time, so we don’t know all their features yet but we are going to experiment! The first impression is definitely positive! Now we can say that the MAC Quantum Wash has a brilliant color palette and ability to create beautiful effects due to the rotation of the lens.”