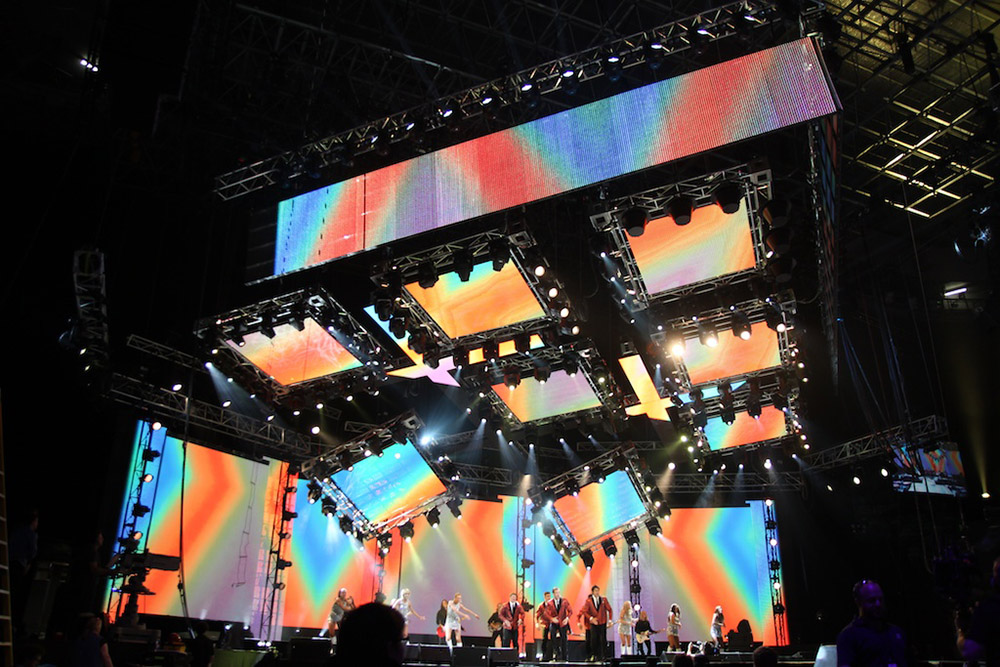 The show was broadcast live from Melbourne’s Rod Laver Arena with an audience in the millions but that didn’t stop lighting designer Rohan Thornton from debuting a product he’d never used before.

“I knew it wouldn’t be a risk as Martin is famous for their reliability, and the people at Res X would have tested them thoroughly,” he added. “The only risk was that I only had 24 Vipers and I used all of them with no spare but I wasn’t let down.”

The next workhorse
Rohan had seen the MAC Viper at the Entech tradeshow and heard how it was going to be the replacement for the MAC 2000 so he was very interested to see how it would perform.

“All these new lights come out with flashy bits but the workhorses are the backbone of the industry and I wanted to have a play with what could potentially be the next workhorse,” he remarked.

“I wasn’t disappointed! I found them to be excellent; optically they were very, very good, the choice of lamp is excellent, the color temperature was very consistent, the gobos are good as is the zoom range – in fact there was no feature I didn’t like. I loved everything about them.”

The Vipers were positioned on moving trusses upstage and were Rohan’s primary profile light and source light on the stage from behind. “Optically and from an intensity point of view they cut through all the other fixtures that I was using so they had pride of place,” he added.

“I love them, always have and always will!” he said. “I’ve used them on just about everything I’ve done. I like to add a bit of tungsten into the arc profile spots – it’s a nice differential color temperature.”

On the vertical trusses rear of stage were 34 MAC Auras™, which Rohan was curious to use on a televised show.

“I think most TV lighting folk don’t like the pixel look of LED moving lights but the idea of having a soft fresnel lens and being able to color separately looked promising so I was keen to give the Auras a good go on a TV show,” commented Rohan. “They were absolutely sensational and are my LED fixture of choice from now on! Apart from being a damn good fixture with a good beam, colors and everything like that, physically on the set they look much more like a light than a bunch of moving dots.”

Ninety-six Martin MAC 301 Wash™ LED fixtures were used around the arena to light the audience and were so successful that for the first time Rohan did not have to use any conventional lights.