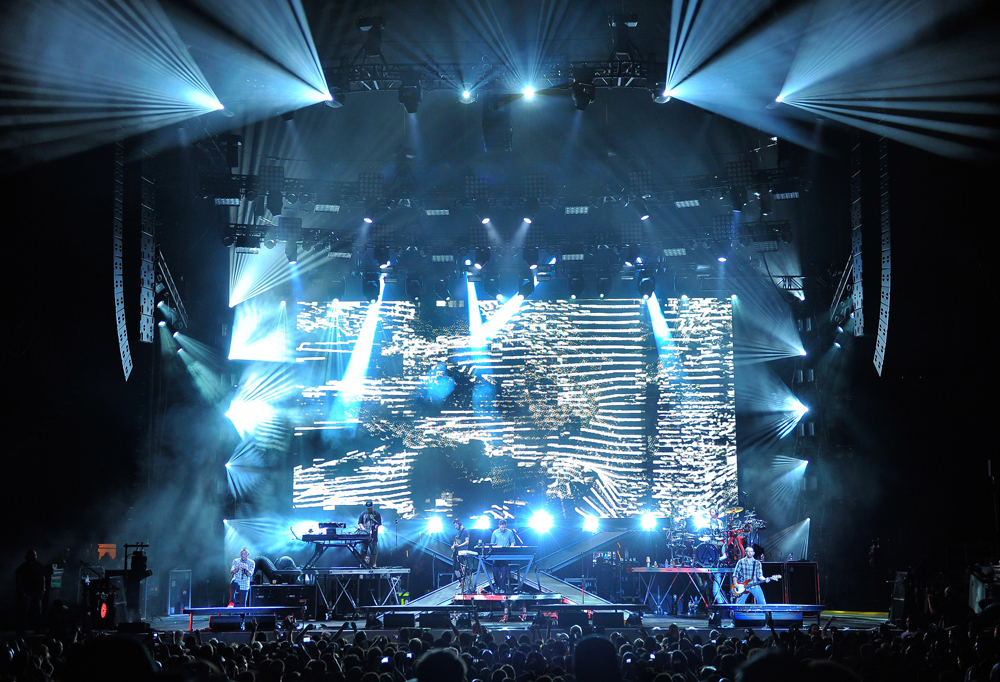 “Beautiful optics and the output of the light is stunning,” was Travis’ initial take on the fixture, adding, “and without a doubt the best stock gobos on any profile fixture out there.”

The Honda Civic Tour hit sheds and arenas across the US with vendor Christie Lites supplying the new Viper automated spot along with MAC Auras™, MAC 101s™, MAC 700 Profiles™ and MAC III Performances™.

The tour kicked off on August 11th and at the time of rehearsals weeks earlier the first Vipers were just rolling off the production line in Denmark.

“I had heard great things about the Viper, so I had to see it for myself,” Travis says. “We have some of the first Vipers in the US and as the numbers were still somewhat limited at that point, placement of the fixtures became very crucial. We placed them on the downstage truss and on two upstage tower trusses to help ‘frame’ the big picture.”

The MAC Viper Profile is the first fixture in a new 1000 W MAC Viper family of automated luminaires from Martin Professional. The fixture recently won a PLASA Award for Innovation as “a new benchmark for automated lighting spots." Its 26000 lumens of power, speed, compactness and low power consumption all outperform that of 1200 W fixtures and all new gobo artwork gives designers an array of fresh graphics to work with.

Any successful tour is a team effort and Travis acknowledges some of the lighting crew that made the Honda Civic Tour run like it should. “Lighting director Matt Mills did an excellent job keeping things running smoothly while on tour. Drew Gnagey programmed the tour and did a stellar job and Martin Kelly at Christie was an absolute pleasure to work with as usual.”