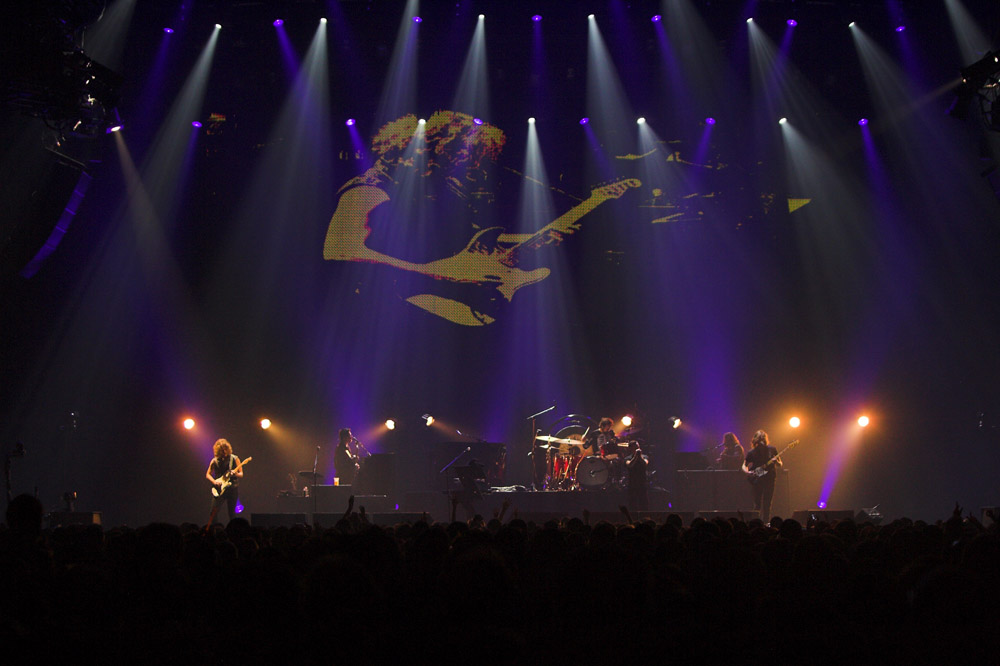 MAC Vipers Team with Auras on The Killers World Tour

Lighting and show designer for The Killers, Steven Douglas, was looking to use a new lighting fixture as a change from the American rock band’s previous tours and found it in Martin Professional’s new, award-winning 1000 W MAC Viper Profile.

“I was impressed with the Viper during a visit to the company’s headquarter office in Denmark,” he says of the highly-efficient moving head. “The beam is very flat and even with minimal hotspots.”

The MAC Viper, which officially launched at the PLASA trade show in September, has just passed 5000 units in sales. As a 1200 W replacement with fast 1:5 zoom, it was developed with extra focus on light quality and is quickly finding its place on riders around the world.

“The zoom is particularly impressive,” Steven states, “allowing me to have a huge wide beam and also a sharp narrow beam without even using the iris.”

Steven puts the Vipers through their paces on The Killers’ current world tour, which has the band out on the road well into 2013 in support of a new album, “Battle Born,” playing shows across Europe, North and South America, and Australia.

Twenty-five MAC Viper Profiles are used in the rig, 18 overhead and 7 on towers behind a video screen, which splits horizontally to reveal the fixtures. The Vipers work together with 37 MAC Aura wash lights, 27 MAC 2000 Wash XBs and 14 Martin Atomic strobes with Atomic Colors scrollers. Lighting supply in Europe is handled by UK-based Neg Earth while Christie Lites is lighting vender on the U.S. leg.