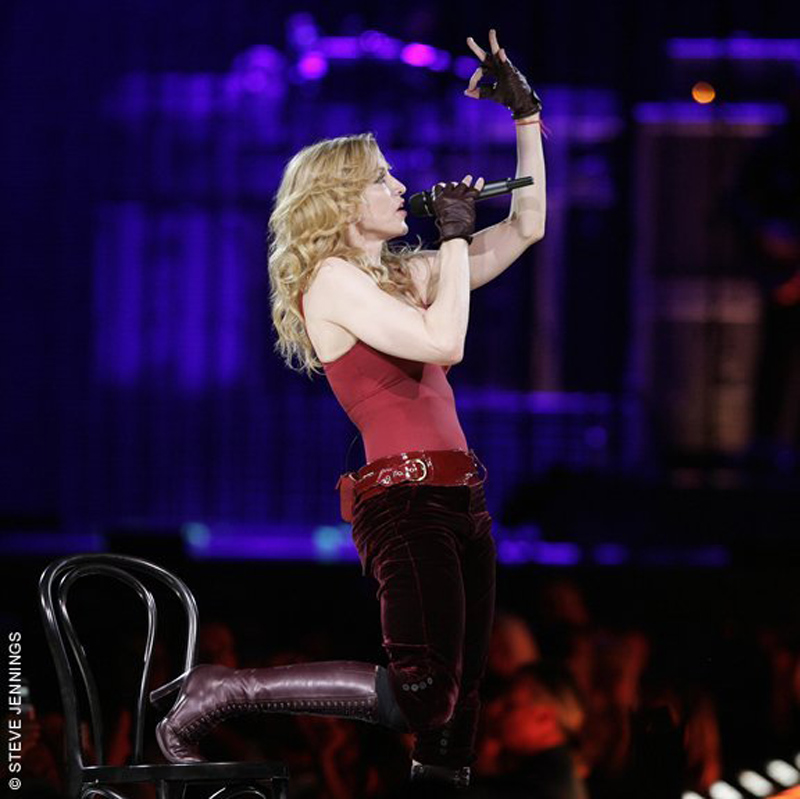 Touring in support of her 2005 album, "Confessions on a Dancefloor," Madonna’s 2006 tour is an all out disco spectacular that sees the Material Girl dancing her way across North America and Europe through the summer.

Perhaps this summer’s hottest concert ticket, this is Madonna’s second tour in a row in which lighting designer Roy Bennett has turned to a Martin lighting package. PRG’s Las Vegas office has supplied 47 MAC 700 Profiles, 31 MAC 2000 Washes, 82 Atomic strobes with Atomic Colors and other automateds for the tour.

“Some of what we did this year was based on what was done on the previous tour but we expanded on that,” Roy explains. “We have a combination of MAC 700 Profiles, MAC 2000 Washes and other automated lights both in the rig and on the floor, all over really, doing a lot such as the soft good washes over and around the stage area.

“The physical staging extends far out, it’s massive, with a lot of lights that come way out into the audience. It’s a huge video show and we use the moving heads to support the video elements – an extension of what’s going on video wise.

“All of Madonna’s shows are very theatrical with a lot of subtleties but with big, in your face looks too. The show has a prominent disco theme so we wanted to turn the venue into a huge disco at times. It’s a very dynamic show."