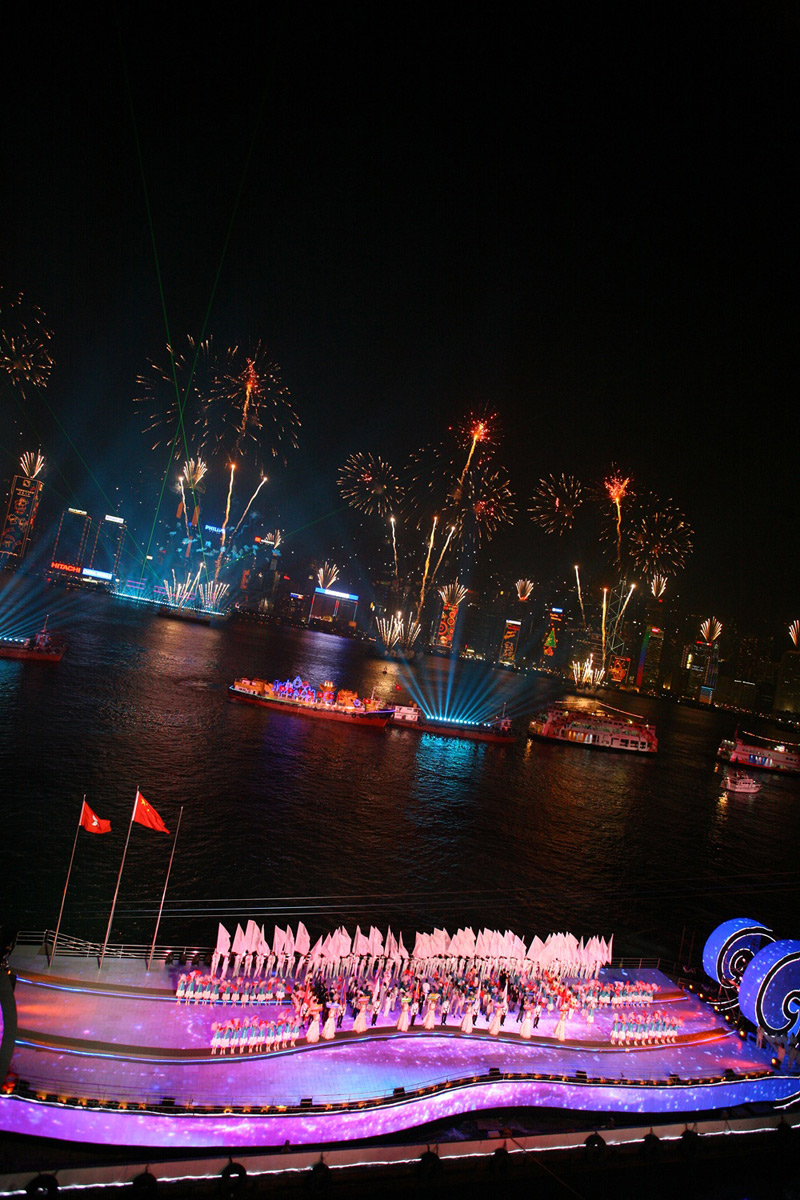 On December 5, 2009, the Opening Ceremony of the fifth East Asian Games was held at - and in - Hong Kong’s world-renowned Victoria Harbor. The ceremony was unique in many respects and diverged from traditional opening ceremonies held at other international sporting games.

Lu Jiankang, General Manager of Beijing Olympic Large-scale Cultural and Sports Activities Ltd., was responsible for the production, an innovative concept that used Victoria Harbor as a grand stage and the skyline of Hong Kong as a spectacular background.

The “river stage” featured cruise ship parades and cultural performances coupled with lighting effects and fireworks displays. Jiankang, who worked on the Opening Ceremony of the 2008 Beijing Olympic Games, commented that the East Asian Games broke the traditional practice of opening ceremonies in that it was located outdoors and not in a stadium. It also set several opening ceremony records including those for biggest background, largest stage, and largest audience.