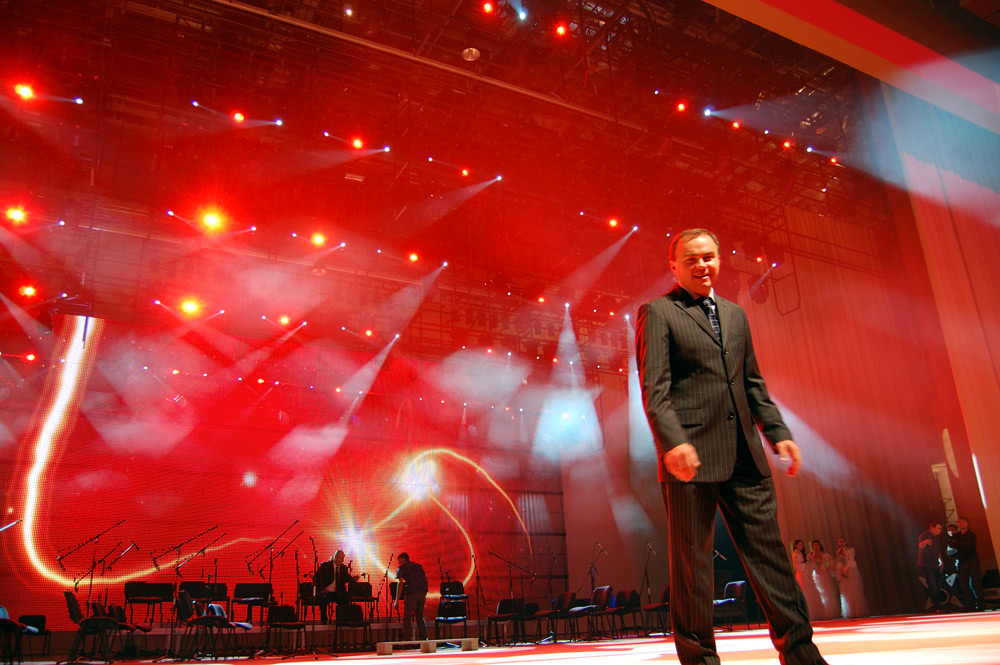 Kazakhstan marked its 20th year of independence on December 1st and President Nazarbayev chose the day to celebrate the inauguration of the fully renovated Republic Palace, the biggest concert hall in Almaty.

Begun only six months earlier, the renovation features a completely new design that includes the latest in Martin Professional lighting technology, a refurbishment that has raised the venue’s profile to a "must visit" stop in central Asia.

Lighting designer for the anniversary show was François Guillet of Lumières Utiles who travelled from France to give life to the beautiful auditorium via the Martin rig.

Martin Professional’s Vice President of Distributor Sales, Bruno Garros, commented on Martin’s Kazakh distributor, stating, "Over the last two years, APM has achieved a fantastic sales performance in Kazakhstan by increasing their global professionalism and providing their customers a high level of added value in terms of marketing, support, training and service, both for the entertainment and projects markets."

The anniversary show, which featured orchestral music, song and dance, was reserved for the President of Kazakhstan, his government team and invited media.