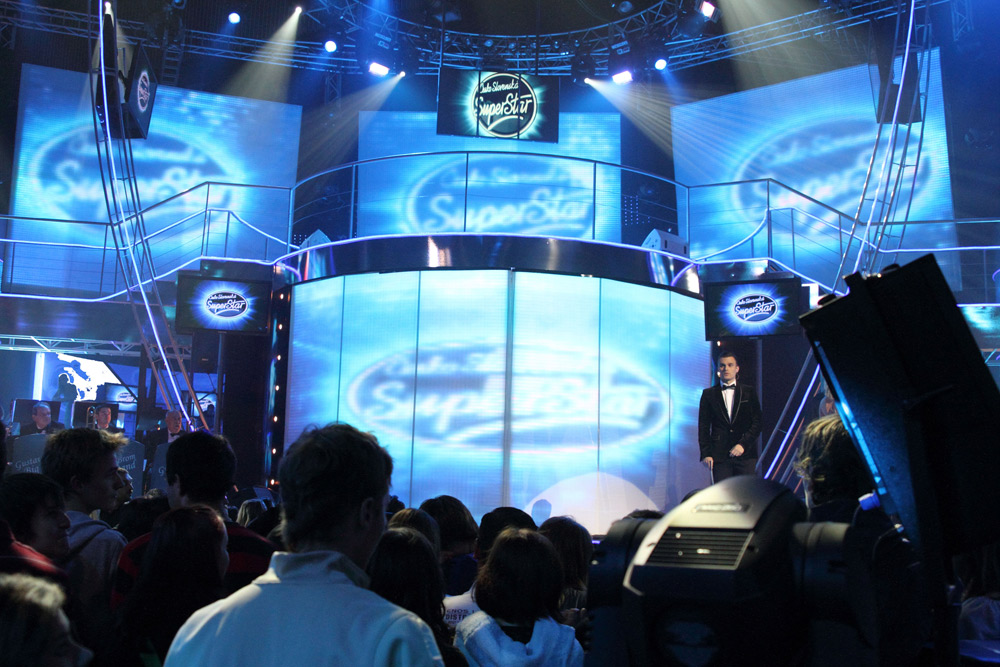 The first joint Czech and Slovak version of Pop Idol was recently broadcast in the Czech Republic (TV Nova) and Slovakia (Markíza) and was a resounding success with 50% viewing shares and a TV audience of nearly three million.

Czecho-Slovak SuperStar, the first "international" version of the famous British casting show, first aired in September during the Czecho-Slovak cultural exchange month and runs for 10 weeks.

Martin Professional LC Series LED panels and MAC moving heads make up the majority of a large dynamic lighting package with supply/sale through Martin’s Slovak partner ADAM A SYN and its customer for many of the MACs company Amex Audio.

The show stage is filled with approximately 300m2 of LED panels with panels in the stage floor and various other LED spread around the set. But the most crucial visual aspect is projected on backdrop Martin LC Series LED panels via a Martin P3-100 System Controller. The P3-100 is an advanced video signal processor that allows LED screens to be treated like lighting instruments through direct DMX control of brightness, color, pixelmapping and more.

Czecho-Slovak SuperStar is said to demonstrate that twenty years after the dissolution of Czechoslovakia, the Czechs and Slovaks do indeed share a common identity.