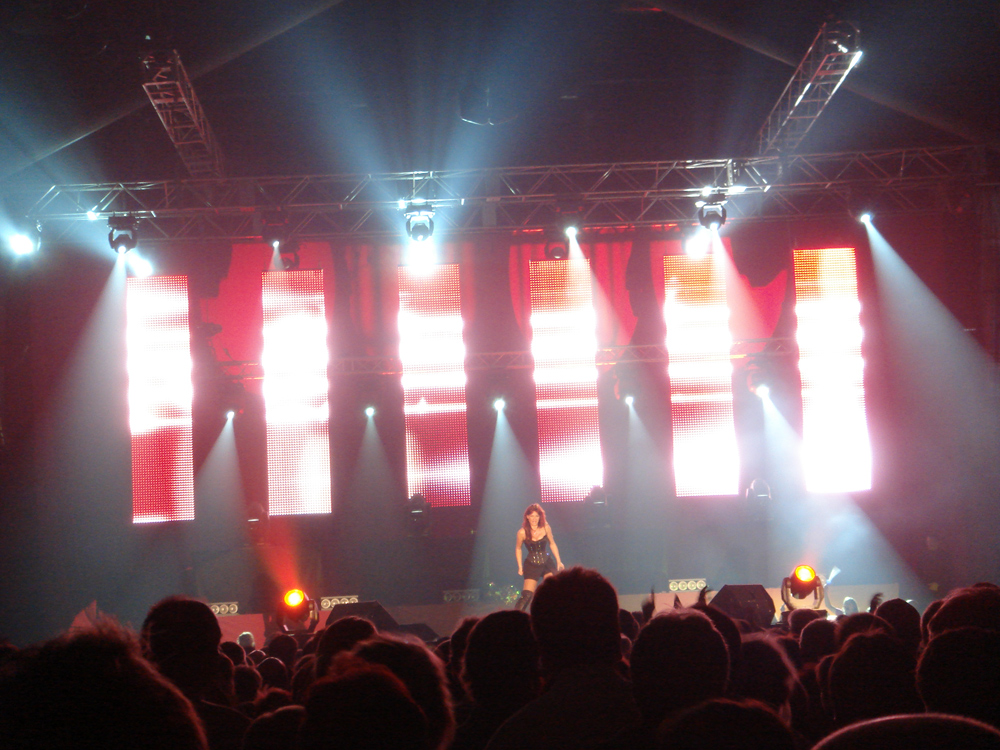 Marco Göpel, lighting designer, operator and occasional show coordinator for Andrea Berg, one of Germany’s most successful solo acts and one of the biggest-selling German pop divas of her generation, has integrated Martin MAC luminaires and LC Series LED panels into her show.

On October 12th 8000 people gathered at the Chemnitz Arena in Chemnitz, Germany for what Marco describes as “a test for integrating effect video screens for future shows.” That test was a success as Marco attests to.

“The show is concentrated on one person which means there is no background band or any others on stage,” he states. “This is decisive for the lighting concept as the lighting compensates for the missing background.”

Marco accomplishes this with a beat oriented show mixed with static views. “The reasons for choosing the Martin LC panels were firstly the 40mm pixel pitch that allows for a good impression for the viewer at a relative short distance, and secondly the transparency.

“The transparency allows me to utilize the LC panels in the current show without big changes in the programming and main setup. They also give me the possibility to create some 3D impressions and play with the depth of the stage.” The transparency of the LC panels means that the MAC moving heads located behind the panels are still visible for the beam portion of the show.

“My personal impression of the LC panels is very good and the feedback from Andrea Berg herself and guests is very positive as well,” Marco remarks.