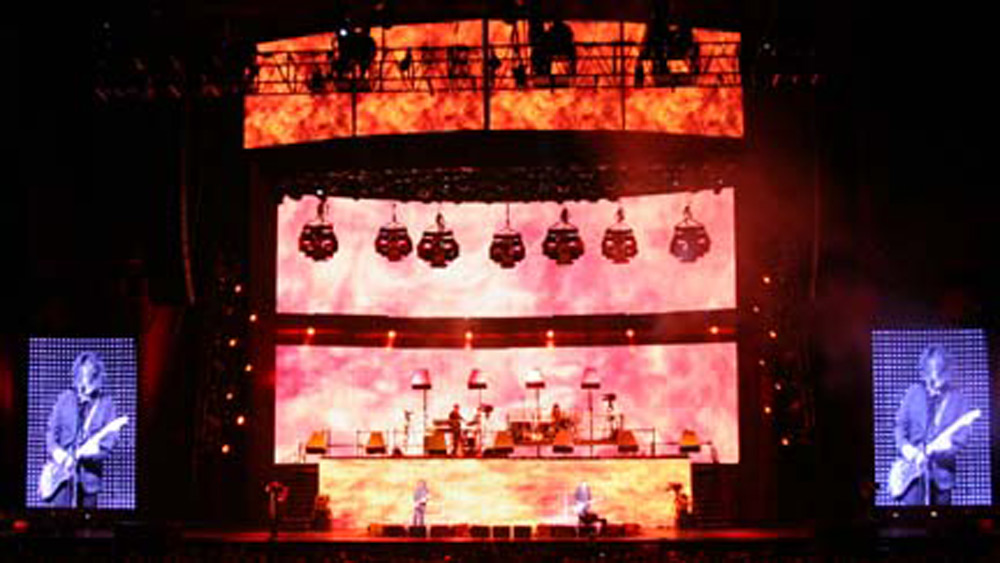 Set and lighting designer Andrey Dubkovs, Director of JSA Europe, produced a unique show design for the tour that includes a combination of movable lighting objects and visually catching video and live film projections. An integral part of the design is prodigious amounts of LED video wall including 240m2 of Martin LC Series™ video panels as well as 80m2 of other LED wall.

Over 50 Martin MAC 2000 Washes™ are used to provide ample amounts of color across the large stage while Atomic 3000™ strobes with Atomic Colors™ scrollers give an energetic punch when needed. All lighting and video is controlled via a Martin Maxxyz™ lighting console with Maxxyz Wing™. Vendors for the tour are LightMaster and Livesound. All Martin gear is supplied through A&T Trade, Inc. of Moscow, Martin Professional’s distributor in Russia.

Agata Kristi’s farewell tour began in late 2009 and continues into 2010. The shows, which cap over 20 years of musical success, are currently the most significant concerts throughout the former Soviet republics.