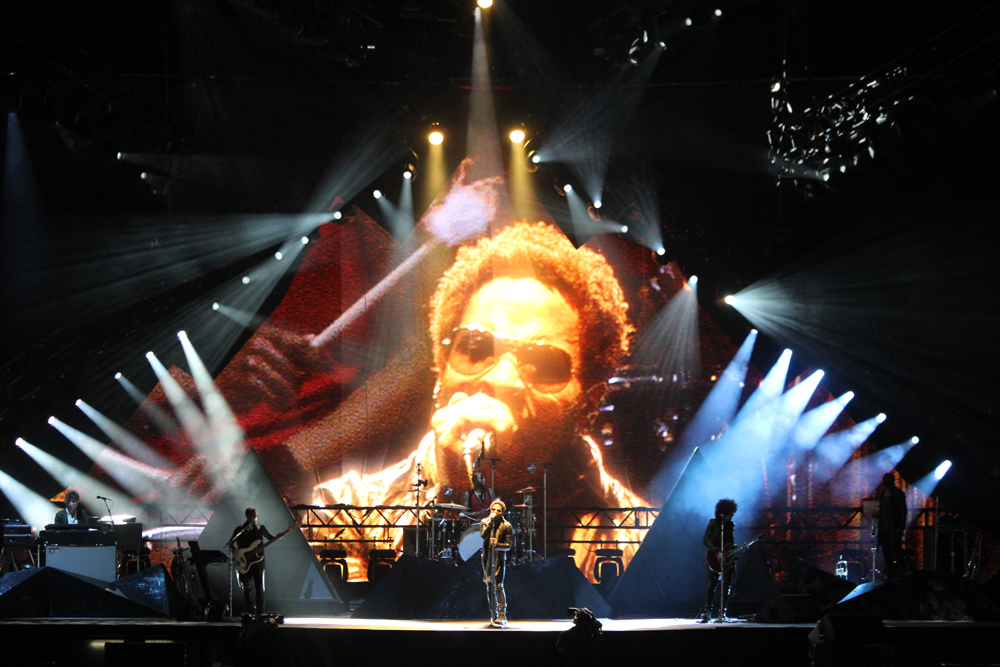 “The M1’s footprint has been very convenient for us,” Jesse says of Martin’s full-featured yet compact lighting desk. “It’s a big console in a small frame and very easy to get in and out of small, cramped FOHs, at festivals and theaters especially. It’s great to have something this size and still have the processing and surface space to produce what you need.”

The M1 console for the Lenny Kravitz performance was supplied by Steve Cohen Productions with Martin Support Engineer Kris Van Hullebusch on site for any support needs, such as an upgrade to the new SSD drive, which improves console speed and reaction time, reduces boot up time, and makes the console more stable in high vibration environments, a service Jesse greatly appreciated according to Kris.

During the show, live video of Kravitz was integrated in the lightshow and broadcast on a large, triangle-shaped video screen. Capture of the live video stream was done via the Martin MCC card for the Maxedia Broadcast, which meant that frame delay was minimal and latency between the performers on stage and the live video on screen was extremely low.