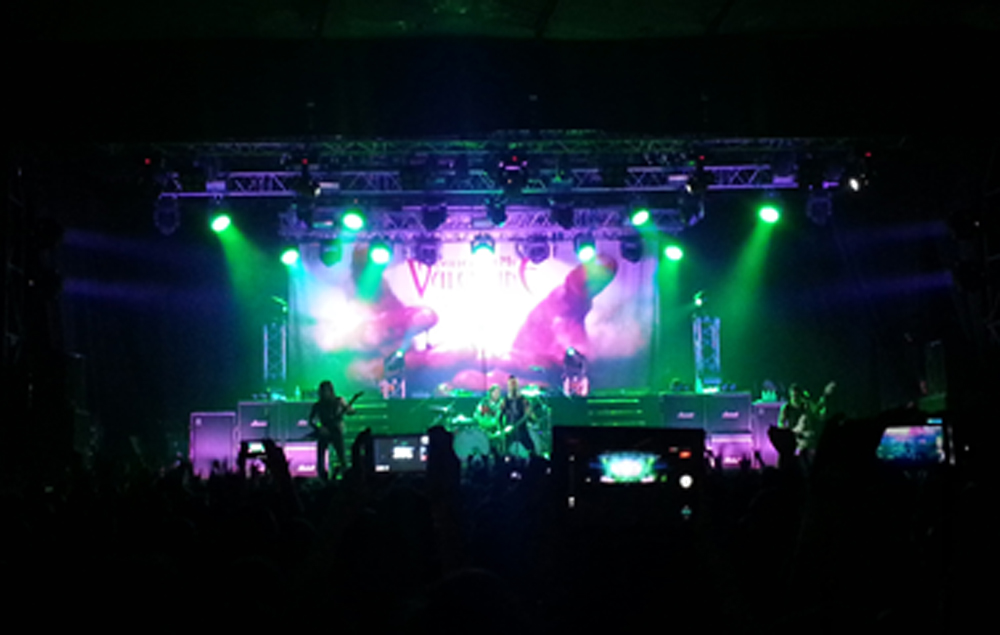 Moscow’s Arena Club hosted the famous Welsh band, Bullet for My Valentine, on March 6th with Martin Professional lighting fixtures and the M1 Console, provided by Moscow’s Euroshow Rental Company. Robert Coleman, Lighting Designer for the tour and Moscow show, deployed Martin to bring out the most of his creative ideas.

Coleman, who was introduced to the M1 console a few years ago but never previously had the opportunity to use it, worked with Alexey Zhuravlev, Lighting Designer, Euroshow Rental Company, to program the Moscow show. He says about the M1:

“I thought the design was good, and I found the layout really easy to pick up. Everything seemed to be where you would expect it. I only had a few hours to program before the show. I like that the desk was ready to go, and I didn't have to spend ages setting up all my user preferences, window displays, etc. The same with creating effects - certain other desks have made this process way too complicated and time-consuming. I found the desk perfect for making quick and easy effects.”

Coleman was pleasantly surprised at how easy it was to learn how to operate the console and the logical programming. He says:

“Everything I asked from Zhuravlev seemed to be possible. I’ve had experiences with other desks, when asking the programmer something, only to be told, ‘I don't think that's possible on this desk.’”

The M1 surface has more than enough playbacks and buttons for Coleman, who continues:

“Up until the Russian shows we had been touring our own desk. I had seen the M1 in a few of the venues as the house desk, but never got the chance to use it. Now I am more than happy to use the M1 in the future. I really enjoyed using the desk, and it certainly made for a better show than a couple of the others I could mention.”

Coleman also deployed the MAC Vipers in the rig partly because of the size. He adds: “The crew had to work at different grounds, from small to big, and because they were mainly placed on the floor and on the set, I didn’t want a big fixture but I still wanted something bright and powerful. That’s why MAC Viper Profile became the obvious choice.”