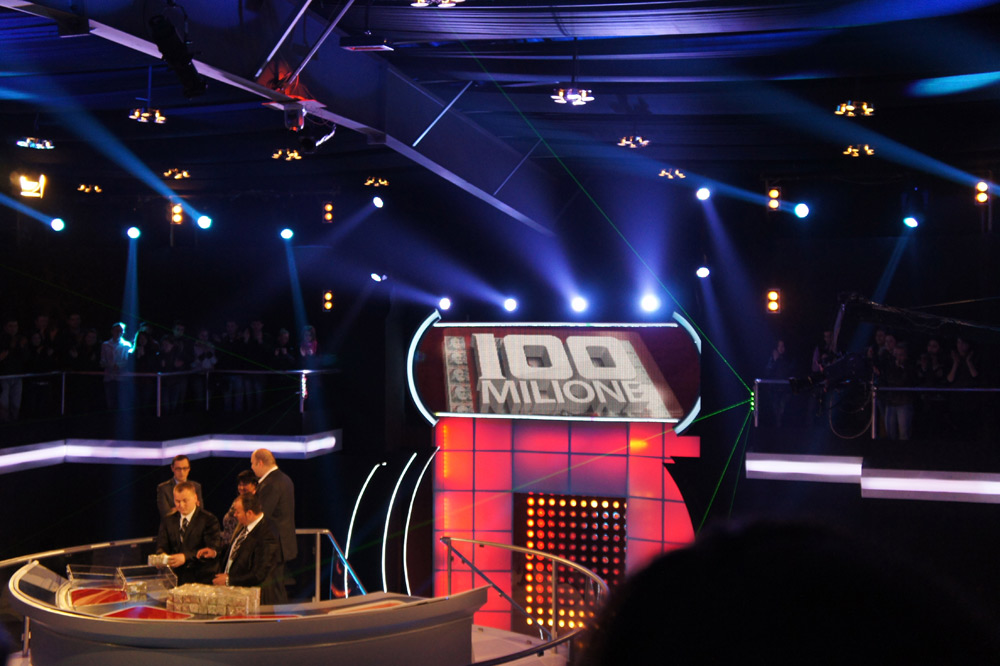 One of the most successful game shows on British television, the popular “The Million Pound Drop,” is being produced for the first time in Albania with Martin MAC 101 LED luminaires providing an impressive measure of lighting excitement for such a compact fixture.

“They chose the MAC 101 for the beam effect, nice color reproduction, flicker free on camera looks and not least its low price. Also, for the low power consumption vs output,” states Prosound Sales Manager Kliton Gjika. “Beside them are 300 watt fixtures and it is easy to see that the MAC 101 outperforms them.

”Martin’s MAC 101 has found use in a wide variety of applications, from tours and events to nighttime venues and television studios. Remarkably small at 3.7 kg and exceptionally easy to handle and rig, the versatile LED moving head wash light features a tight and surprisingly bright beam, rapid movement and calibrated colors. On “100 Million,” they are placed directly above and beside a backdrop LED screen as key visual effects in primary camera looks. Lighting design for the show is by Top Channel personnel.

“The MAC 101 has performed very well and I think everyone in the industry now realizes that the days of the discharge lamp are numbered,” Kliton says, giving thanks to “Top Channel”s Vice General Manager and lighting department personnel for their support and belief in Prosound and Martin Pro.”