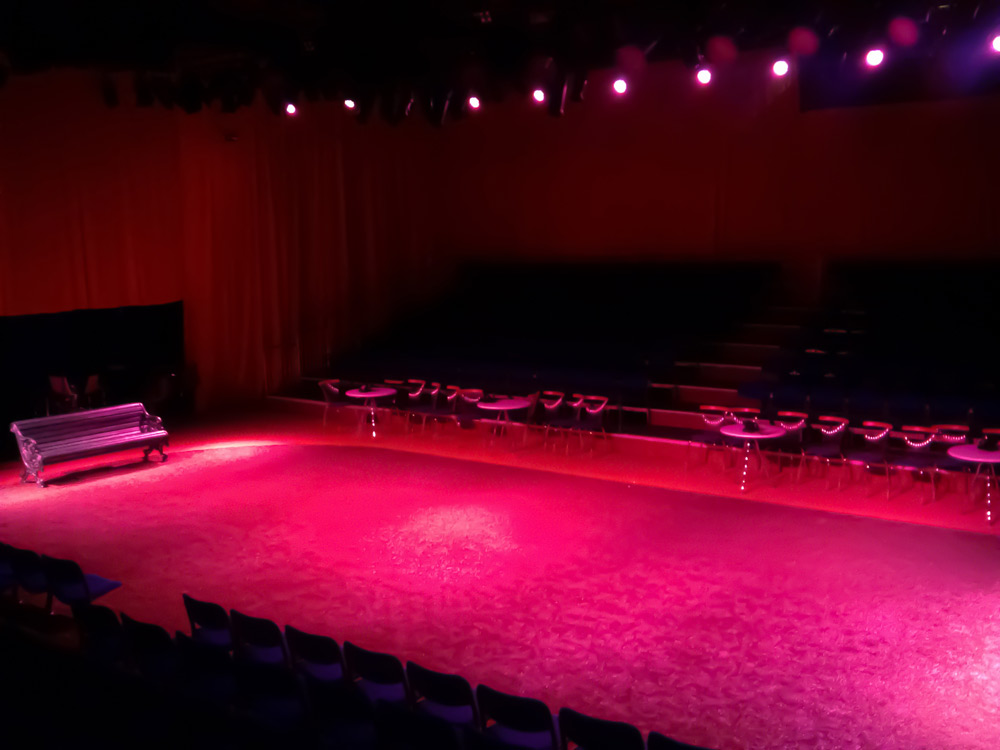 Riverside Studios, on the banks of the River Thames in Hammersmith, London, was looking for a suitable alternative to parcans and scrollers, “something equating to an expensive show run hire,” according to Ruari Cormack, Technical Director of the Riverside Studios Trust. Consequently, they turned to Martin Professional’s versatile MAC 101 LED moving head luminaire, yet without the large price tag or high operating costs.

“As a venue, we are aware of the need to cut costs and using LED technology lets us replace banks of lights to give a variety of color palettes whilst using a fraction of the energy,” states Ruari, whose role it is to liaise and co-ordinate all technical theatre matters for the venue’s two theatre spaces, as well as any events in the cinema, gallery and café bar areas. “With our high turnover of productions, these units will give us greater flexibility to meet each show’s demands.”

Riverside had the MAC 101s in place for a co-production with Tête à Tête Opera of the musical “Salad Days,” which premiered in early December and runs through February 9th. Playing in Studio 2, a 400-seat black box performance studio with a traverse layout stage, installation of the 101s took place during the fit up on the 6th December 2010. The fixtures are located in banks along each side of the stage, providing full stage coverage with some placed to pick up specific areas of action at each end of the central area.

“In future, we are likely to use them as pipe end and front wash lights for most events and general productions, and as featured backlight for music events,” Ruari explains. “They are so versatile we could use them most places.”

Remarkably small and super light (3.7 kg), the MAC 101 is an LED moving head wash light with a tight and bright beam, rapid movement and calibrated colors. Useful in a variety of applications, it is small enough to fit inside a piece of truss and is exceptionally easy to handle and rig.

Stage Electrics, with whom Riverside Studios has a longstanding relationship, supplied the Martin gear. “Mark Doubleday, the production LX Designer, has been impressed with the output of the unit and we are looking forward to using these over the next few years,” Ruari says, adding his thanks to, “Mark Doubleday, Adrian Searle & James Morris at Stage Electrics, and Mike Walker at Martin Professional who it has been a pleasure to work with again after many years and whose work to ensure we got the units in a short timeframe, well ahead of the guideline delivery period, was appreciated.”