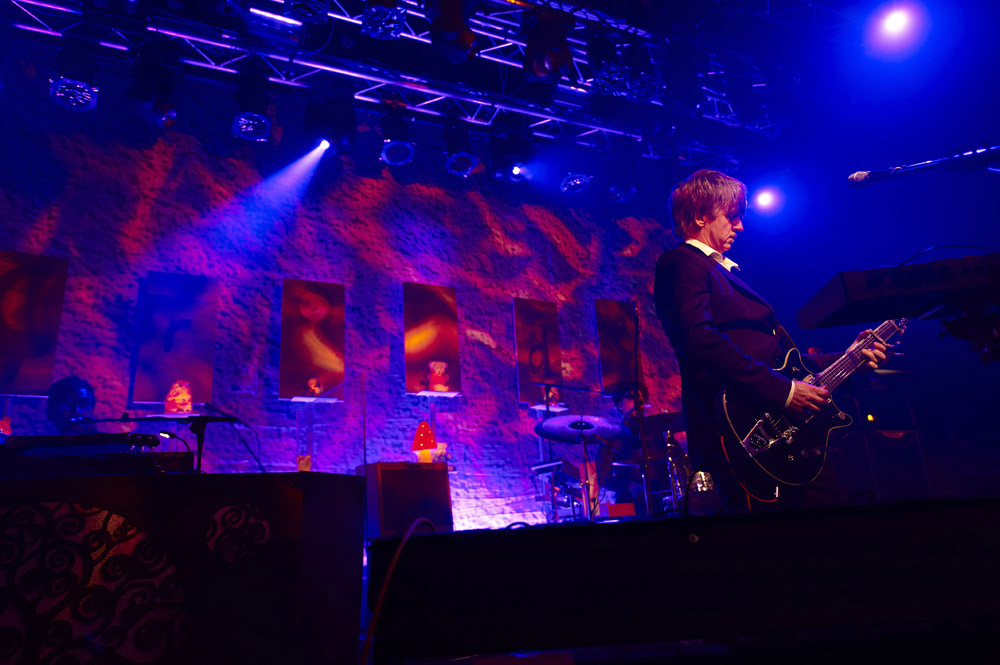 “It’s a very neat unit and very, very bright for its size,” commented lighting/set designer Normandale, one of the first lighting professionals to get his hands on the new LED profile. Normandale’s lighting production company Lite Alternative served as UK lighting vendor with Upstaging handling the US leg.

MAC 350 Entour power and savings
The Crowded House tour is one of a handful of field test outings for the powerful and energy-efficient LED-based profile moving head. Delivering 8,000 lumens of output, the MAC 350 Entour marks a radical advancement in light output compared to other compact LED profiles on the market.

“I was looking for a small, bright profile to suit a range of venue sizes and the 350 Entour seemed ideal, which indeed it was,” Normandale states. “Also, as energy concerns are becoming an ever important factor and feature more and more on artists’ wish lists, the 350’s energy efficiency was very appealing.”

Although light output is exceptional with an output greater than many larger 250/300 watt fixtures, the MAC 350 Entour also saves on energy by using very little power when the LED sources are not in use. Greater reliability and less maintenance (the LED light sources have a rated life of 25,000 hours) add to the savings.

Nice gobos, too!
Used initially as key lights for band members, in the course of rehearsals Normandale switched to a front truss position after being impressed with the 350 Entour’s output and gobos. Along with 8 interchangeable dichroic colors the fixture houses 6 rotating and indexable gobos, all new designs that are easy to change.

Crowded House toured the UK and Europe through June before embarking on a North American leg in July. “The 350’s healed up so well we shipped them to the USA for that leg!” Normandale concluded.