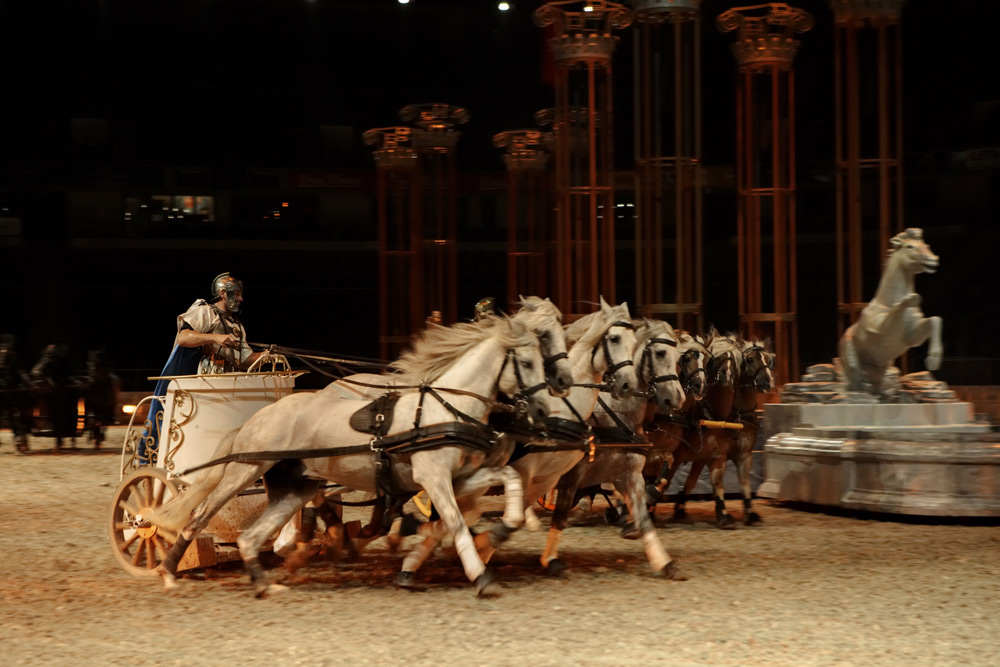 The adaptation of the Oscar-winning 1959 film, which was based on the 1880 novel by Lewis Wallace, is produced by Franz Abraham with music by The Police's Stewart Copeland. The spectacular stage design is the creation of Mark Fisher and Ray Winkler with tour production by Art Concerts GmbH, a world leader in the production and distribution of monumental musical productions.

Lighting design is by one of the industry’s top designers, Patrick Woodroffe, who worked with associate LD Adam Bassett to paint the expansive scenes in luminous color and pattern.

German Producer Franz Abraham / Art Concerts chose Martin lighting for the production and Woodroffe was happy to concur. Some 114 MAC 2000 Wash XBs, 62 MAC 2000 Profiles and 16 MAC III Profiles are located overhead on a series of three large grids that cover the arena, as well as on audience trusses used for front and side light on the huge cast.

“Ben Hur Live” is on a 17 city tour across Europe through January then heads to South America before returning to Europe later in 2010 for a series of shows that starts in the open air of Circus Maximus in Rome. A US tour is planned for fall 2010.