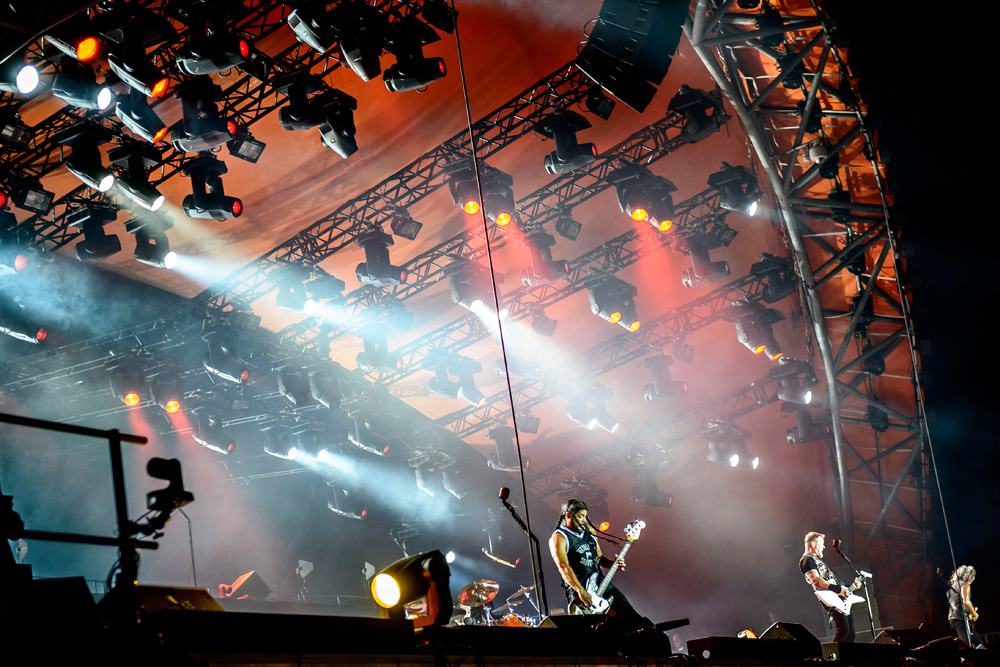 LD Kasper Lange was again lighting designer for the iconic Orange Stage at the Roskilde Music Festival in Denmark, one of Europe’s top summer music festivals, and upgraded this year’s rig with additional HARMAN Martin lighting gear for headliners Metallica and other big names such as Rihanna, Slipknot, Kraftwerk and Queens of the Stone Age.