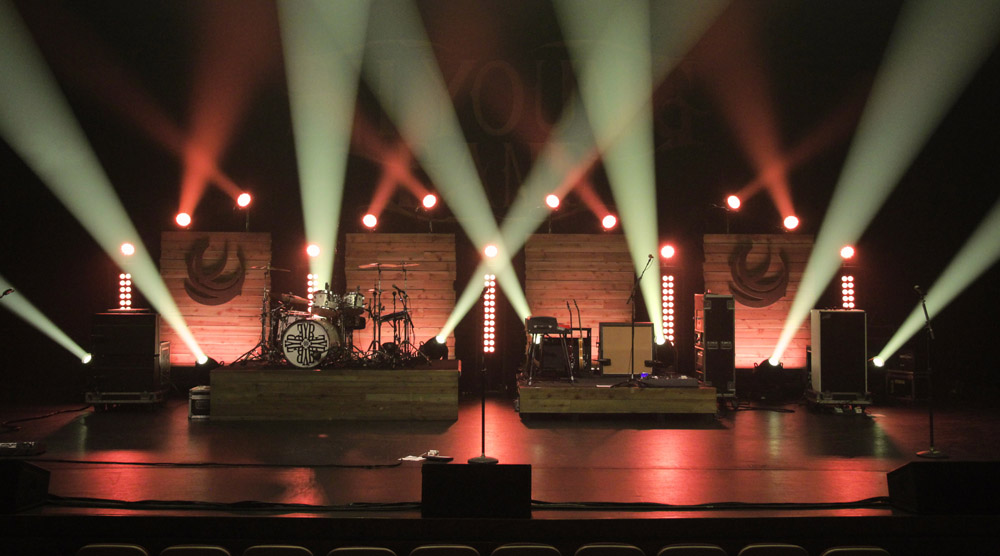 Lighting designer Taylor Price needed a highly versatile yet compact and bright spot fixture for the large variety of venue types that American country music’s Eli Young Band is playing on their current U.S. tour. He found it in the Martin MAC Viper Profile, which he has teamed with another award-winning Martin fixture, the MAC Aura .

“I didn’t want the small narrow-beamed fixture that is a one trick pony and way over used these days,” states Taylor, who also wears the hats of lighting director, programmer and technician on the tour. “I chose the Viper for several reasons. Because of the wide variety of shows we are doing - headlining and support, clubs, theaters, sheds, festivals, and arenas - I wanted a fixture that was very versatile. I wanted something that is bright, but smaller than most of the 1200 W fixtures on the market because of our limited trailer space.”


The tour, which started in February and runs until Thanksgiving, is playing shows of all sizes from small clubs and honky-tonks to NFL stadiums and everything in between. From March to August, the band is the opening act on Kenny Chesney’s “No Shoes Nation” tour, while playing their own dates when the schedule allows.

Stand out Vipers and Auras
Taylor has been using the Martin MAC 700 Profile as a work horse fixture for years but wanted something brighter. “We put this rig together to be a supplemental package, but the Viper can stand on its own,” he says. “I can roll into any festival and no matter what time of day we are playing, the Auras and Vipers as my floor package will stand out. But when we roll into a small club or a venue with a less than adequate rig, I can repurpose the Vipers as sidelight, key lighting, or I pull the house fixtures and hang them. I've even done a few shows where I didn't use the house rig at all because the Vipers and Auras did the job themselves.

“The Viper is like my Swiss army knife. I like the whole fixture - great gobos, good color mixing, great zoom. I love the large aperture and it's bright as hell. And stage hands at every show talk about how much they like the handles on the yoke.”

Morris Light and Sound
Lighting and sound vendor for the Eli Young Band’s 2013 tour is full service rental house Morris Light and Sound of Nashville whose 25 years of experience include clients like Kenny Chesney, Jake Owen, Grace Potter and the Nocturnals, Slash, The Republican National Convention and the Tennesse Titans.

David Haskell, President at Morris Light and Sound, comments, “We are happy to be working with the Eli Young Band on this tour! We chose the Martin products for the unique look for this show as well as reliability of the fixtures on the road. We like the color and updated optics of the Viper as well as the effects in the light.”

Taylor Price is appreciative of the support. “I want to thank Dave Haskell and Morris for being open to buying the Vipers for this,” he concludes. “The guys at Morris provide outstanding support for the tour, which really gives you peace of mind on the road.”