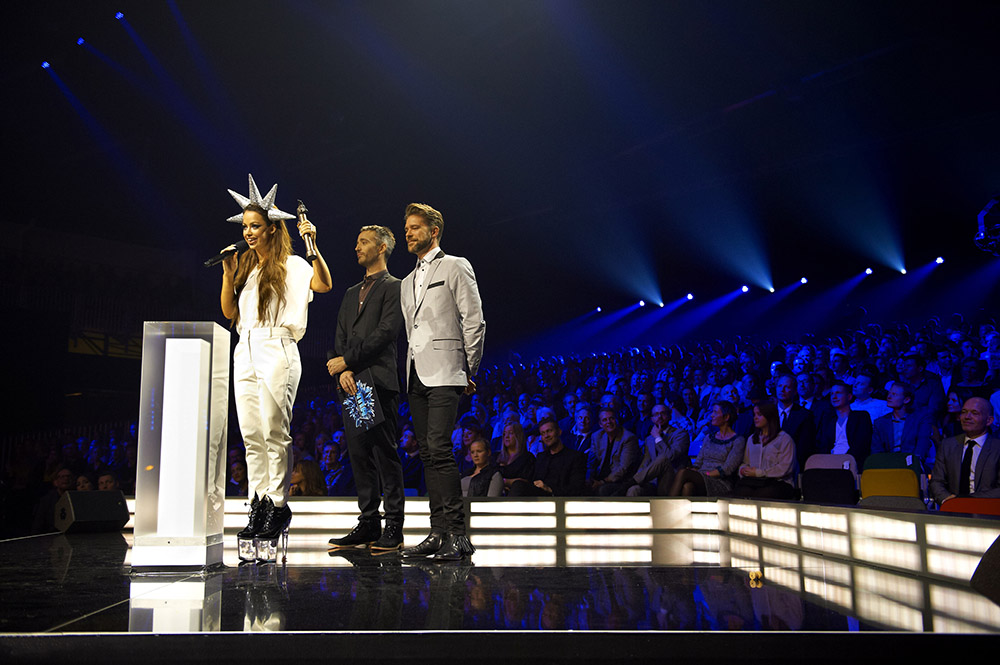 The event, broadcast live on Danish station TV2, honored Denmark’s top musical names of the year with performances from Nephew, Outlandish and many others beneath a mix of Martin LED and HID sources.

The lighting setup, which also included 150 compact MAC 101 used as audience lighting, along with other MAC luminaires, was one of the first shows in Denmark to use Martin’s new 1000 W MAC Viper, which Kasper integrated as background light for the presenter podium.

“A few years ago we were all blown away by the MAC III and now this new little guy comes around. It’s a handy and powerful workhorse and I look forward to seeing a wash version of this product.”