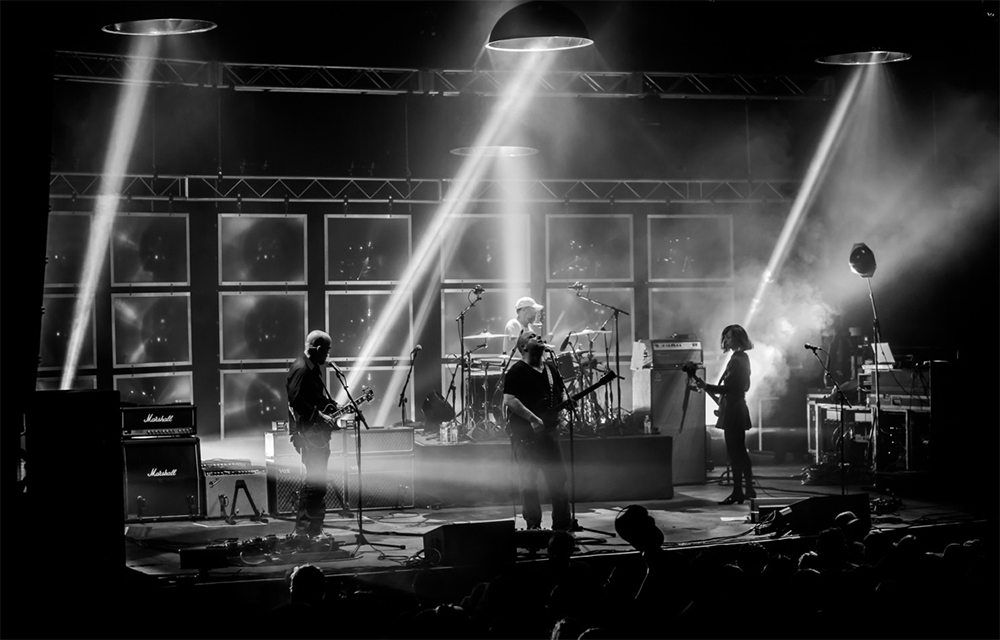 Legendary alternative rock band The Pixies have made quite the comeback after their revival 10 years ago, and are now on a worldwide tour with a full Martin rig.

The Pixies, who recently stopped at the renowned Coachella Music Festival after their reunion tour began nearly 10 years ago, needed a versatile lighting solution designed for different venues, stages and festivals.

Lighting Designer Mangino stated:
“The real challenge was to have a show that could be as closely as possible duplicated in markets across the world. Having a kit that was small enough to fit in a container, and also using fixtures that could be sourced in different markets was paramount.”

Alban Sardzinski of See Factor added:
"The upstage truss has 8-foot tail down bars for the MAC Vipers that went over the back screen.The second we saw the Viper fixture we were impressed with its capabilities. It’s a compact light with a large zoom and high output which really helps Myles due to the fact that he can position it super close while still be effective. The first time we tried it at New York’s Bowery Ballroom and we only had a few feet behind his screen but it worked perfectly!”

Mangino continues:
“The Viper is currently my favorite fixture. The optics are wonderful and the speed of the zoom is unmatched. For a show like the Pixies, I run everything live, off temp faders. There are no cues or chases running so the responsiveness is critical for me. The Martin fixtures pan, tilt and the wheels seem to respond to manual movements with faders better than anything else I’ve tried.”

At first, Mangino was skeptical of the RUSH MH3s, but after just one show they were part of the rig. He added:
“I love the colors! They all match and we more or less use them as the bands key light by reflecting them off the mirrored domes above the stage.”

About the MAC Auras, Sardzinski said:
“The Auras, in my opinion, are the most essential element. I knew Mangino had used them prior to the Pixies and they would fit in perfectly with the rest of the rig. I love the look of the beam and the colors they create. They are perfect for the backlight effect we were going for."

Moving on to the Hazers and Martin fixtures in general, Sardzinski wraps up:
“When the tour first launched we weren’t using Martin hazers, but they were so loud and obnoxious that we swapped them out for the K1s and we couldn’t be happier. We’re proud to work with Mangino and with Martin. We’ve always found Martin to have very durable fixtures and whenever we have them out there, we know we’ll have a perfect show - every time!”