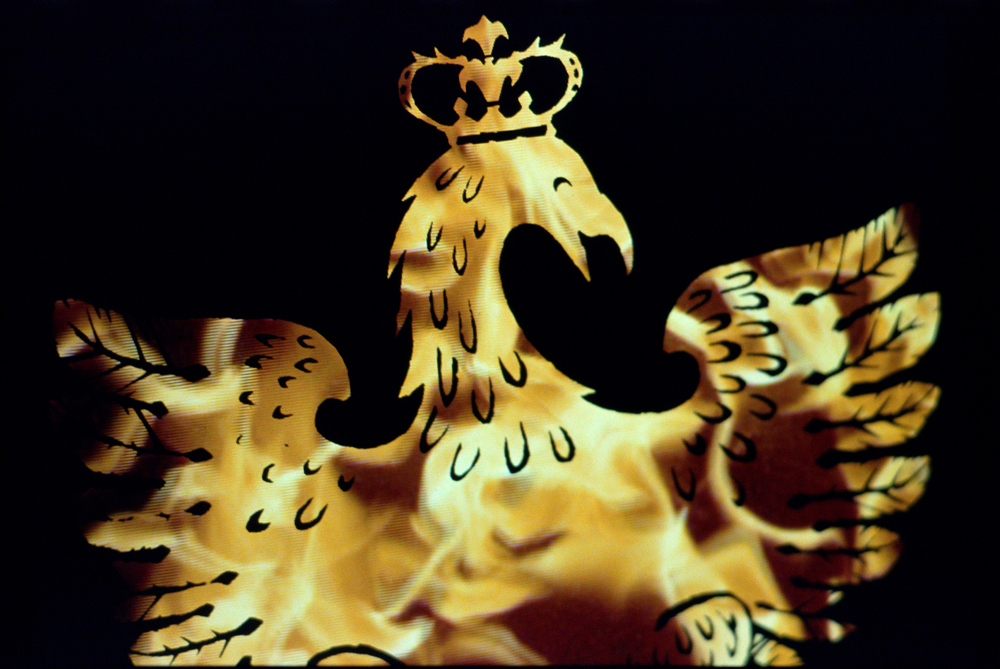 Queen just may be king of the touring world this concert season (well, one of the kings) with an extensive worldwide tour that is selling out wherever it goes.

Barry relished the opportunity to design for a classic rock band. “I was ready to get involved in more of a rock n’ roll show,” he stated. “The Queen show really has a different feel.”

Queen was renowned for its huge lighting rigs in the '80s, and Barry sought to mimic that same feel but with moving light fixtures instead of rows of PAR Cans. Barry exploits the versatility of the MAC 2000 Wash, using it as both an imitation of PAR Cans for classic rock ‘n roll looks and as the state-of-the-art color changing Fresnel it is.

“It’s a big beam show and the MAC 2000 is really the workhorse,” he comments. “I use them like PAR Cans and for a lot more like big intense audience washes. It’s really very musical in the way they’re used.” The result is a cue intensive show with lots of beam looks.

Barry wanted an architectural structure to the rig that could change shape and redefine the nature of the stage environment as the set progressed. There are five 60-foot moving trusses over-stage, split in the middle to make a roof of lights, each dressed with MAC 2000 Wash. Barry effectively illuminates the trusses, tones them and lets them become a set feature. There is a 60-foot rear truss that also moves and a static 60-foot front truss. There are also six side-drop trusses, introduced to give some dynamic side lighting and perspective.

The show includes everything from intimate stage looks to massive "wall of light" mayhem for Queen’s signature power rock anthems. The MAC 2000 are dotted all over the stage and set, including at the sides on flown bars and on the floor. He also has 20 MAC 2000 with super wide lenses under the floor.

“The MACs have been great,” Barry states. “They travel all cabled up inside a James Thomas Broadway truss so they go up fast. They’ve held up well traveling that way considering they aren’t in flight cases. We’ve only swapped out a few over two months, which is good. The equipment is in top condition and the support staff very helpful.”

Barry also has 10 MAC 2000 Performance on a riser at the back of the stage, shooting through the back line for a horizontal effect. In addition are three Performance on each down side of the stage for effect. Barry does incorporate the Performance’s animation wheel but not for animation effects on surfaces. Instead he uses them for beam effects, a specific feel that he describes as “a horizontal effect like an old movie projection feel.”

Queen recently finished a preliminary leg in arena venues around Europe and will be playing stadiums in starting in June with a larger rig. Then it’s off to the for a few shows before heading to and .