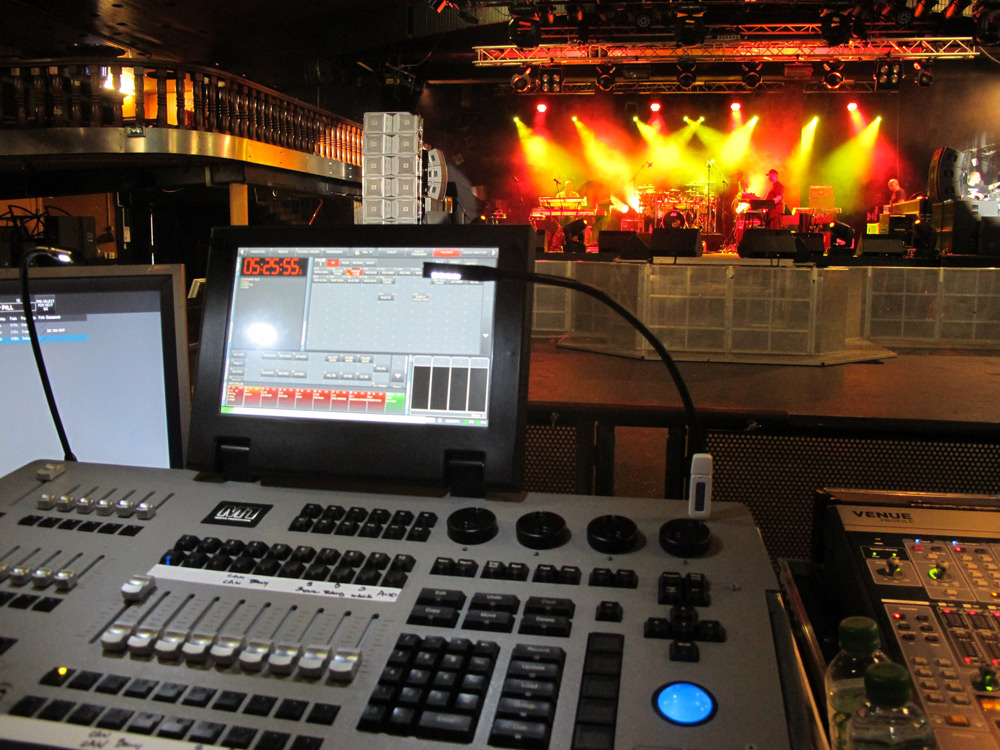 American R&B artist R. Kelly recently wrapped up a European leg of his "Love Letter" world tour that sees him playing shows across the U.S. this summer. Lighting Director for the tour is Alex Skowron who programmed and operates the show on a Martin Professional M1 lighting console.

“I’ve been programming on a Maxxyz since 2006 and made the transition over to the M1 on this tour. The M1 is noticeably faster than its predecessor,” Skowron says of Martin’s full-featured lighting console.

“The bulk of my work is overseas so I’m constantly repatching and cloning shows to accommodate local gear, so for the console to execute these tasks in a timely fashion means hours saved reproducing the show.”

Combining the full power of a larger desk with the agility of a smaller one, the M1’s easy-to-use concept and portable package has struck a chord with lighting programmers and designers across the globe.

“One of its greatest benefits is its size,” Skowron says. “To have all the capability of a full size console in such a small footprint, and to be able to check it as luggage and travel with it around the world is priceless. I actually now own a pair!”

R. Kelly played mid-sized venues in Europe in April (his first European tour in 10 years) beneath a lighting rig of MAC 301 Washes™, MAC 2000 Profiles™, Atomic 3000™ strobes and other gear sourced locally.
Skowron values the benefits of working with a company with an international reach - especially on a tour that takes him across oceans - and is appreciative of the support he has received.

“One of the main reasons I stay with Martin is the customer support,” he comments. “It’s second to none. Jessica Allan, Brad Haynes, and Markus Klüsener were all invaluable in making sure I was comfortable with the transition from the Maxxyz and made sure I had no issues with the M1 down the road. Matthias Hinrichs and tech support have come to my aid all around the world and that’s something that’s truly appreciated,” he concludes.