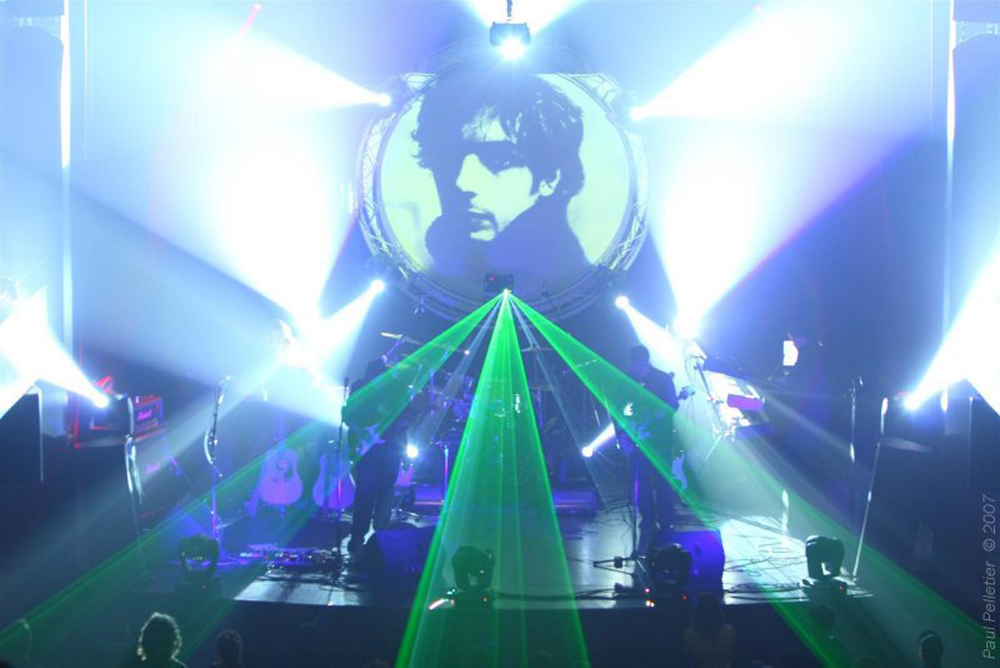 “Comfortably Numb, Canada's Pink Floyd Show” is considered the finest tribute act in North America - perhaps the best in the world - performing faithful renditions of Pink Floyd classics to nostalgic fans. This authentic re-creation of the Pink Floyd experience has been made even more convincing thanks to the addition of Martin’s RGB Laser 1.6.

“The LD saw an opportunity to insert it into the show since Pink Floyd was always known for its laser show in the past,” commented André Daigle, Product Specialist at Erikson Pro Canada who programmed and operated the laser from a laptop. “Everyone was ecstatic about the added dimension it brought.” Lighting designer Todd Minicola of NOC Audio Visual of Kingston, Ontario adjusted his existing light show on the fly to give the laser a ‘front and center’ appearance in the show.

“It is so easy to create effects with the Martin software and once we have created an effect we can tweak it with the scan rate and the speed animation,” André comments. “It is fantastic to be able to adjust the animation to the speed and the mood of the song. Finally, the possibility to dim the intensity is incredible.” Other features Andre found useful are its ease of use - “just hang it and plug it in” – and its quick programming of custom looks, for example ‘Pink Floyd’ in text and a ‘Money’ sign.

The RGB lasers are placed on the bottom of a vertical circular truss, back of the stage, and pointed out over the audience. Other Martin gear on the show are MAC 550 profile spots, MAC 250 Entours, MAC 300 washlights and Atomic 3000 strobes with control from a Martin Case console. The RGB laser and other Martin gear were supplied by NOC Audio Visual through Martin Canada.

The Martin RGB Laser 1.6 is a Class 4 cool white light laser capable of extremely deep saturated colors. It features simple plug-and-play operation, hundreds of pre-installed effects, and a cooling system that eliminates the need for expensive and bulky water cooling.