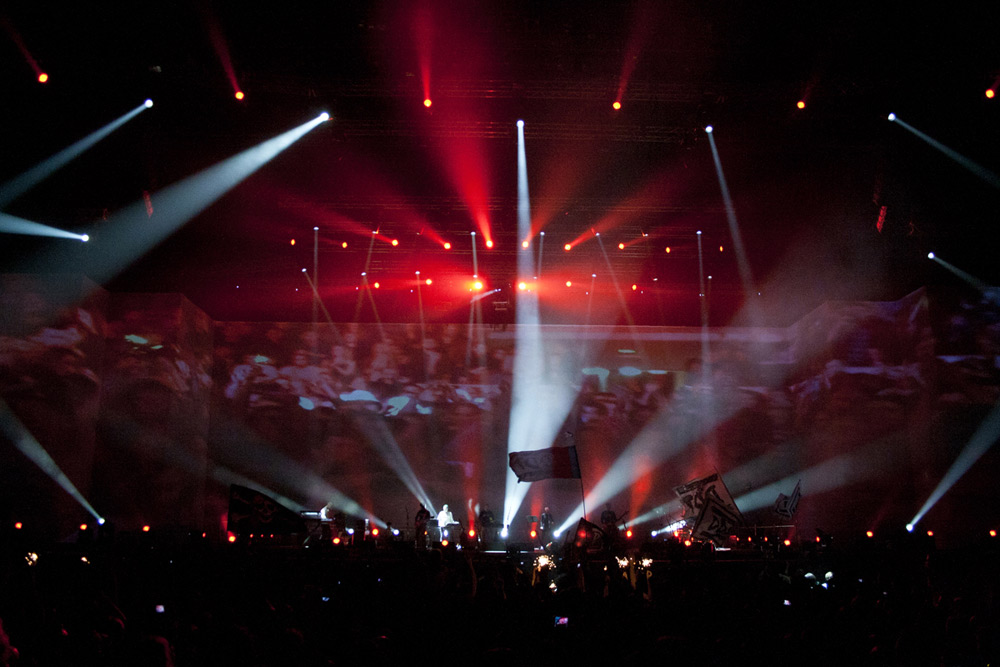 In 2011, Russian rock legends DDT released the album “Otherwise” then hit the road playing dates across Russia, former Soviet countries and Europe. Stage and lighting design was by Andrejs Dubkovs of Lumen Art Division who turned to a Martin rig of MAC III series and MAC 2000 series fixtures along with MAC 700 Washes and MAC 301 Wash luminaires.

“The visual concept was based on several stories which gave the opportunity to create a bond between the music, video and audience,” Andrejs Dubkovs says of the setup, which is dominated by a large 36 x 12 meter background projection screen. “The concept of the lighting design was one of symmetry that was harmonically fulfilled via video art while combining bright and colorful theatre and rock style lighting.”

“The MAC IIIs are extremely powerful and surprised us with the quality of the zoom function,” Dubkov states of the 1500 watt luminaire’s 1:5 zoom with focus tracking. “It also has very good movement and excellent speed options. During the show there are several quick lighting movements and the MAC III has no problem handling them on time.”

Although the MAC 2000 Wash has been a leading wash light for quite some time, the XB version has given Dubkov the chance to use the fixture in the production of bigger shows. “The powerful output of the 2000 Wash XB allows us to put the fixtures very high in the rig and far from the stage,” he says.

Despite the fact that the rig is dominated by larger MAC lights, it was Martin’s LED-based MAC 301 Wash that perhaps surprised Dubkovs the most. “You could say that of all the technical equipment on the show, the MAC 301 was the leader. The MAC 301 proved itself on the big screen and the fixture’s zoom function created really good highlights for the lighting visualizations.”

The DDT tour continues into 2012. Andrejs Dubkovs thanks the road crew, technical and production management, and Martin Professional support for a wonderful show.