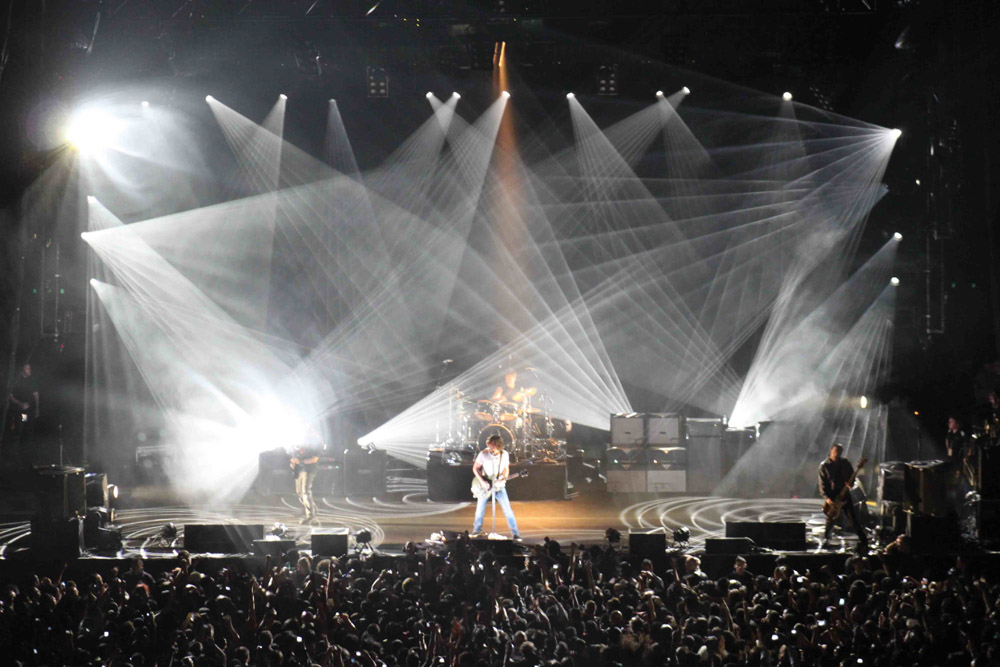 Playing to a crowd of more than 20,000, Seattle-based grunge band Soundgarden recently performed at the Palacio de los Deportes in Mexico City during its international tour, running through summer 2013. The band’s 26-song set list was highlighted with the band’s extensive catalog and was brought to life by a Martin lighting system, deployed by OCESA PRG Mexico.

“We’ve been using Martin lighting for years and our inventory has been trustworthy and bright from the beginning,” stated Sandro Arellano, OCESA PRG Mexico. “Even with such a complex production, the visual aspect posed no challenges for the Martin equipment. The band and fans were quite pleased throughout the entire show!”