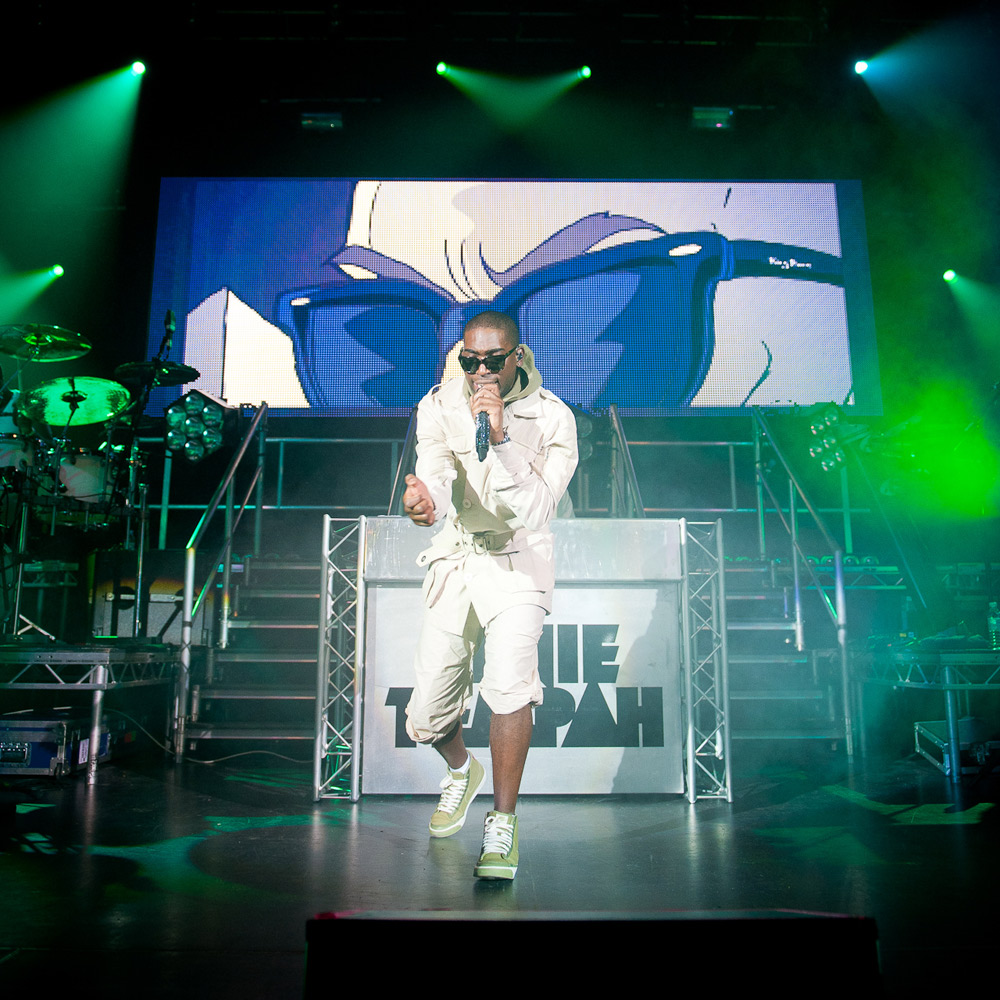 “A video screen doesn't need to be any more complicated than lighting fixtures. Yet time and time again I find other systems insanely complex.”

“The plug and play style of the EC system makes it so easy.”

Cohen, who works as a freelance show designer for various acts and heads his own design company, SauceDesign, was looking for a transparent, uncomplicated video wall for the tour and found what he was looking for in the EC.

“Being a lighting engineer by trade, I was looking for a system that was more up to date as well as user friendly,” he stated.

Besides delivering top quality imagery and an impressive 4,000 nits of brightness, the EC-20 is fast to setup and teardown compared to similar LED screens on the market. And integration with Martin’s award-winning P3 processor makes setting up the EC screen even more straightforward and intuitive. “It’s easy and intuitive and you don’t need any training,” he says.

On the Tinie Tempah tour, Cohen ran cinematic style content on a 16 x 9 format upstage EC screen that was raised above an arrangement of bridges. Lighting effects were projected through the video wall and gave the screen an extra dimension when not being used.