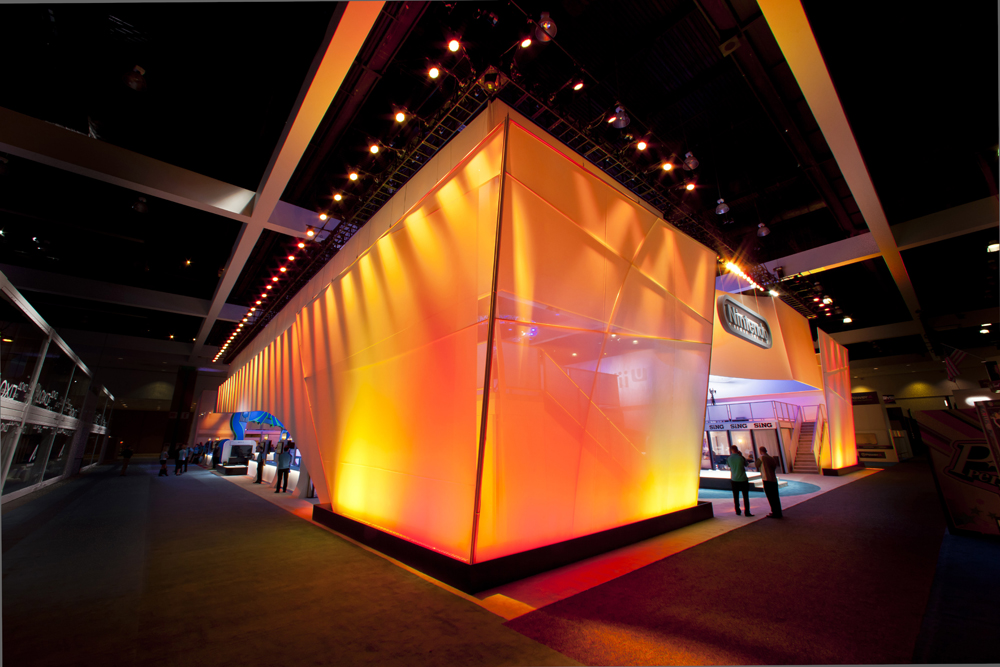 Electronic Entertainment Expo (E3) is the global video game industry’s leading event with a tagline of Innovation Unveiled, which happens to also be an appropriately fitting description of the Martin LED lighting innovation hanging above visitor’s heads.

The world's premier trade show for computer and video games took place at the Los Angeles Convention Center from June 5-7 with upwards of 700 Martin MAC Aura LED wash lights highlighting many of the show’s 200 booths, most prominently that of the world’s largest gaming company, Nintendo, plus those of other big exhibitors such as Microsoft and Sony.

Lightswitch handled all lighting design aspects of the booth for Ralph Miller Productions, with whom they have been collaborating on Nintendo of America's E3 exhibits for years. The exhibit was designed by Kevin West.

“The Aura was the workhorse of the rig,” says Lightswitch’s Chris Medvitz, lead lighting designer on the project. “We had a lot we needed to light with moving wash lights but had very strict weight limitations. The Aura allowed us to fit the design concept within the physical constraints of the project without compromise.”

Saves truss, labor and drayage
Both the MAC Aura and the MAC 101 are small yet highly capable LED-based lighting fixtures that weigh in at 5.6 kg and 3.7 kg respectively, a compact form that allows for important savings in weight and power.

“On this particular project, the quality of light and the overall fixture weight and power requirements were the Aura’s standout features,” Chris says, referring to the Aura’s low power consumption (1 amp) that allows multiple fixtures to be daisy-chained on the same power line for an easier and less expensive installation.

“The fact that the fixture itself is so compact saves truss, labor and drayage, but also its low power requirements meant we could reduce the amount of cable in the air significantly, which is a major factor when faced with such tight rigging restrictions.”