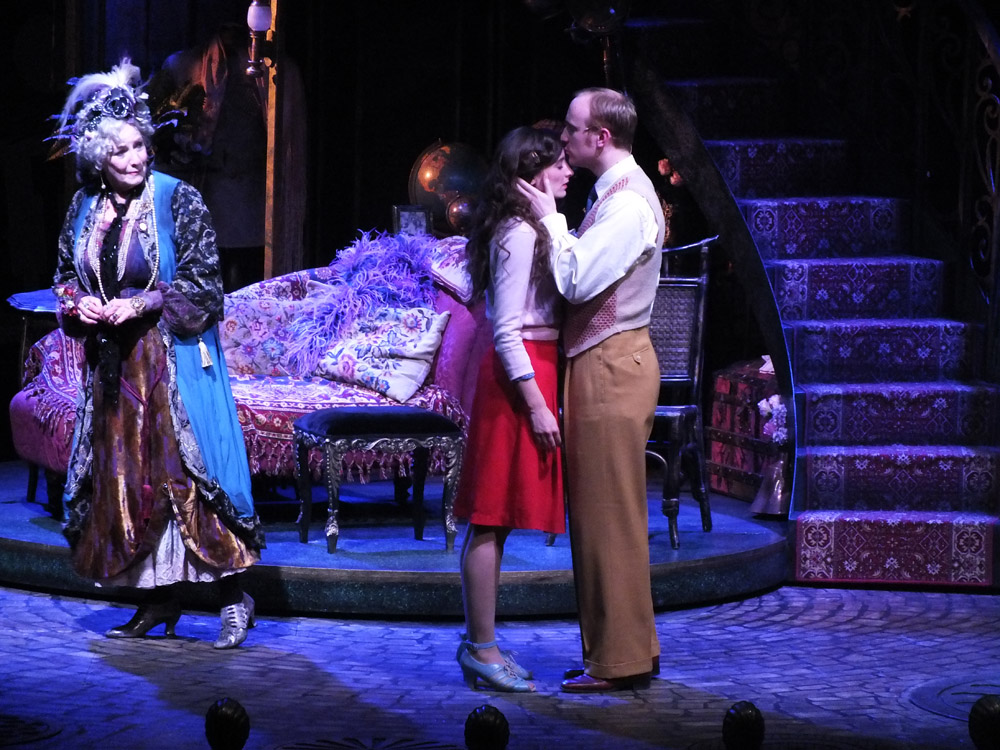 “When I began thinking about the design of ‘Dear World’ I had the overriding belief that it was a fable, and so, stylistically, whatever the scene challenges were, any naturalism should be cranked through 90 degrees to first give the appearance of normality but on second glance you would see that everything was heightened and askew,” says LD Mike Robertson, who oversaw a trial of the leading automated LED wash lights in advance of designing the show.

“As we had suspected, the Aura was head and shoulders above the rest,” he says. “We had used them on six projects throughout 2012 and were constantly amazed at their versatility and capacity for subtlety.”

That versatility allowed Mike to light almost the entire show using just the Auras. While front of house was fleshed out with Source Fours, he made the Auras “work their socks off” and gave them dedicated tasks in every scene.

“We remained in awe of their ability to render good quality face light that could sit with the other supportive tungsten fixtures. It all added to the sub reality of the piece. For a fixture of its type, it is the best out there with a color mixing that is second to none.”

Grid height was a big factor at Charing Cross Theatre with pipes trimmed at only five meters from the deck, which Mike dealt with via the Aura’s capability to zoom out wide.

“We were able to exploit the zoom range of the Aura to do very detailed work through to half-stage-sized color washes,” he states. “The physical compactness of the unit meant we were able to make more individual sources available in what were comparatively small gaps.”

Mike calculates that since working with the Aura he has specified over 230 of them across various projects. “In all that time, only one of them developed a problem once! Enough said.”

Mike is appreciative of the fine team he worked with on “Dear World,” which included lighting rental company Stage Electrics. “Mark Burnett at Stage Electrics did us proud, supplying all conventional and automated features on this show together with the dimming and distribution with his usual kindness and unflappable support,” Mike comments, adding, “My total thanks to my associate Adam Mottley, as well, who made it all work. He has a great gift for both lighting composition and for diplomacy. The perfect fusion in my book! And the sublime set by “Les Miserable’s” designer Matt Kinley was as much a gift to light as he was to be around and finally to my darling Gillian Lynne who is a complete inspiration and an example of how everyone in the theatre should work.”