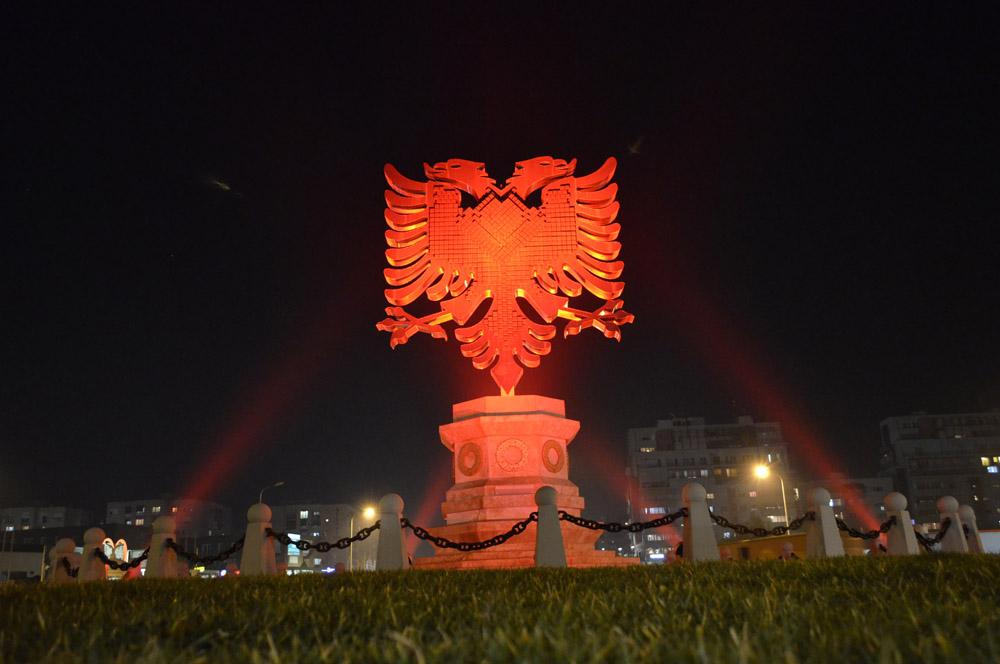 
Eagle Square, at the entrance of Tirana in Albania, was renamed in November of 2012 in celebration of the country’s 100 year anniversary. Standing majestically in the city square is a 10-meter tall, double-headed eagle, the symbol on the Albanian flag. Made of steel and weighing some 12 tons, it was created by Albi Cifligu of company Podium Sh.p.k.

Lighting aspects of the monument were also handled by Albi Cifligu who turned to the Exterior 430 after a recommendation by Prosound sales manager Kliton Gjika.

“The only lighting fixture that can turn black metal red is the Exterior 430 so I suggested it to Albi for this purpose,” Kilton states. “With its single red LED, the power is massive!”

For designs requiring just one color, the Exterior 430 offers the choice of red, green, blue or white light fixtures. The Exterior 400 LED fixtures are powerful, compact and energy-efficient with a low power consumption of max 139 W. All fixtures in the range include color calibration to ensure color uniformity, feature a super-rugged IP65 housing, and have internal power and control.

As one of the aims of the illumination is for Eagle Square to gain more visibility and become a reference point for the city, also at night, everyone involved in the project was reportedly very impressed with the fixture. Installation of the Exteriors was by Endrit Veleshnja and Xhoni Naci, both from Prosound.